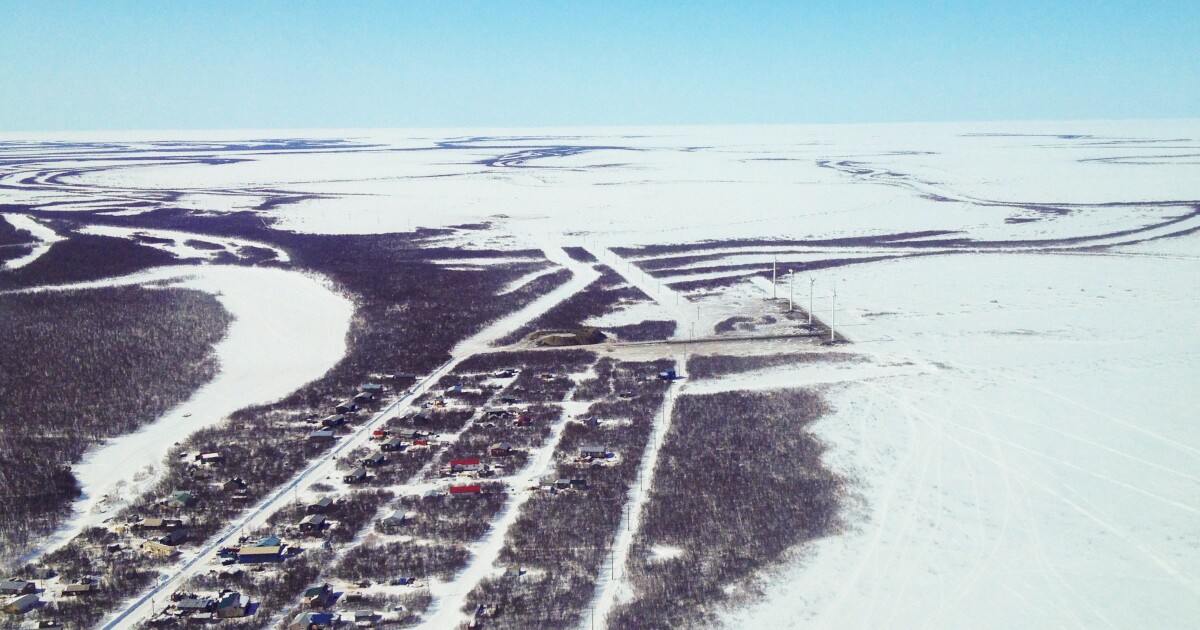 Seven Pilot Station hunters have been stranded in a fishing camp for a week. The group includes one child. Hunters were heading upstream after the fall seal hunt in the Yukon. They got stuck outside of Emmonak on the way home.

It is traditional for hunters from lower Yukon River villages to travel to the coast in the fall to hunt seals to store their freezers for the winter. Especially this year, since the subsistence fishery for most salmon species was closed after the Yukon River saw a massive chum collapse.

Normally, hunters can get to the coast and return home at this time of year without any issues, but former Pilot Station mayor Abraham Kelly said they liked the wintry weather this year.

â€œIt got cold a lot faster than we thought,â€ Kelly said.

As the hunters moved up the river, ice began to form on the water. Right after Emmonak, they couldn’t go any further. Four of the seven hunters volunteered for the local search and rescue service at Pilot Station, so they knew how to contact the nearby Emmonak search and rescue service from their inReach device. According to Emmonak Search and Rescue, the hunters indicated their location and the Emmonak group directed them to the nearest fishing camp.

The hunters have stopped. Between what they had brought and what was in the fishing camp, they had enough to eat and stay warm for several days. But according to Alaska State Troopers, the weather quickly turned foggy and turbulent, and it was too risky to land a plane. On the third day, October 31, the soldiers were able to fly over the food, supplies and medicine needed by one of the hunters in the group.

The group must be rescued by plane because the river and the land paths are not yet frozen enough for snowmobiles or other vehicles. The whole area is off the road network.

Back at Pilot Station, the leader of the local search and rescue group, Paul Fancyboy, had learned that his friends and his second in command were stranded near Emmonak. He was worried that no one had saved them yet, so on day four he said he called Gov. Mike Dunleavy’s office. He reached an assistant.

“He said he was taking notes and he was going to give them to the governor. I wouldn’t know why he didn’t remind me why it took so long for these guys to be saved,” Fancyboy said.

Fancyboy said the governor never called him back. The governor’s office said it provided Fancyboy with another number to call.

Emmonak Search and Rescue coordinated another food drop, this time the food was donated by the local AC store and the village store and the flight was donated by Grant Aviation. The drop included a charger for the hunter’s inReach satellite. The group uses it to communicate with Emmonak Search and Rescue. The atmosphere at the camp briefly improved, and the weather was shaping up to be fine for the next day.

Emmonak Search and Rescue told the hunters to put away their gear and prepare; the US Coast Guard helicopter in Nome was preparing to retrieve them.

But on the sixth day, the helicopter never came. Time has turned once again, according to Kelly.

â€œEventually they were going to pick them up yesterday morning and then that fog came back again so they canceled Nome’s helicopter that was supposed to pick them up,â€ Kelly said.

He said another fog bank arrived on November 4 and the Coast Guard confirmed they had not yet been able to get the boaters.

As of November 4, Emmonak Search and Rescue was working on coordinating a third food drop, but Kelly was concerned about the group’s ability to warm up.

â€œBut they’re running out of firewood. They need firewood to keep warm, so we’re a little worried about them now,â€ Kelly said.

Fancyboy, the pilot station’s search and rescue official, said the whole village was worried about the hunters. He said the youngest in the group is an elementary school kid who is missing school this week. Fancyboy said this whole ordeal is taking way too long and he’s frustrated.

A spokesperson for Emmonak Search and Rescue also asked why government rescue agencies were taking so long to retrieve the hunters.

A helicopter did not come on the seventh day either, but it could be November 5; day eight.

According to a report from the Alaska State Troopers, the Coast Guard helicopter in Nome was unable to take off on Nov. 4 due to mechanical issues, and no private helicopters were available in the area at that time to help. The Soldiers say two U.S. Army helicopters from Fort Wainwright will visit the area on November 4 and plan to retrieve the group on November 5.