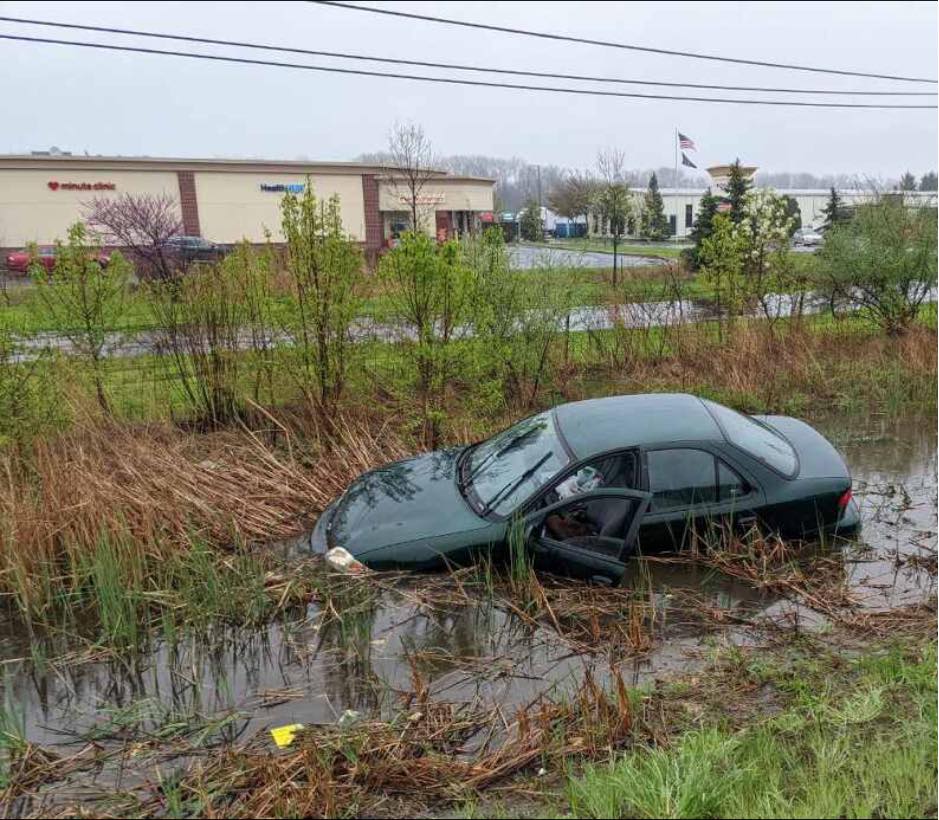 A Chesterton police officer and Chesterton Street Commissioner John Schnadenberg rescued a passenger from a water-filled ditch on Tuesday, according to a post on the City of Chesterton Facebook Page.

According to the post, Schnadenberg was parking on Ind. 49 at around 1 p.m. on Tuesday, May 3, when he heard on his radio a report that a car, which had just left the northbound lanes of Ind. 49, had entered a ditch in front of the CVS, and was filling with water.

Upon arrival, Schnadenberg discovered the car was submerged to the top of its front tires. So he got down into the ditch and waded through the water to see if the woman driving was okay. The woman was fine and Schnadenberg then asked her if she could climb out the window. She could not.

According to the message, “By this time Schnadenberg had been joined in the ditch by Chesterton Police Officer Arwen LaMotte, who took control of the scene, opened the door and, with the assistance of Schnadenberg, helped the woman out of the car, through the water, and onto dry land.

“The woman – who Fire Chief Eric Camel said appears to have simply left the causeway – subsequently refused medical treatment at the scene.”

“Schnadenberg – who over the course of 33 years worked 8,600 volunteer hours as an officer with the Chesterton Police Reserve, retired in 2020 with the rank of sergeant – said he was doing a lot that kind of stuff, like a routine part of the job. Now not so much.

“But I was just there, thought I should check it out,” Schnadenberg said. “All I did was help Arwen.”