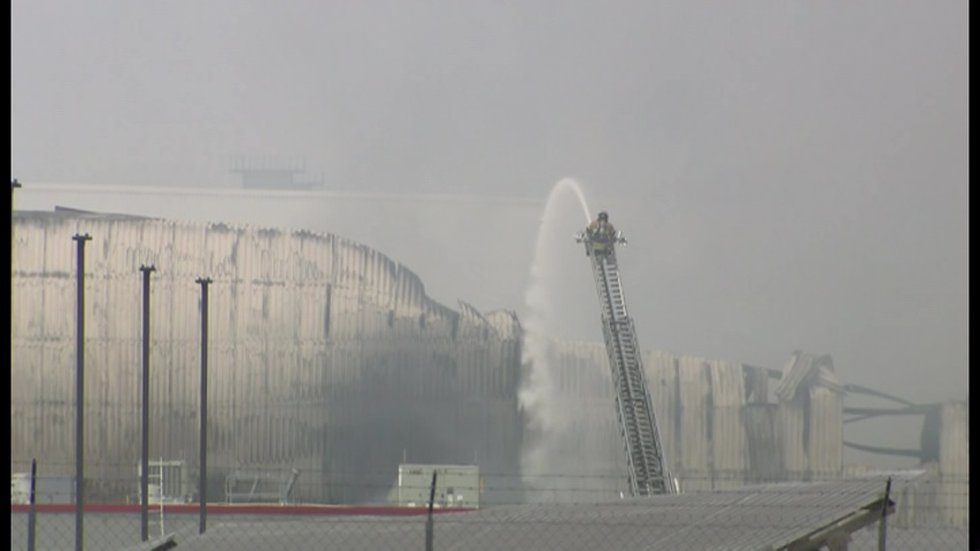 ROCKY MOUNT, NC (WRAL) – An intense five-alarm fire at a QVC distribution center in Rocky Mount destroyed most of the building on Saturday morning, dealing a devastating blow to a major employer in the region.

While QVC officials initially said everyone inside the center was safely out of the building, the Edgecombe County Director confirmed at a press conference on Sunday that a body had been found inside the center after the fire.

The Sheriff’s Office is investigating a report regarding the disappearance of an employee: Kevon Ricks, 21.

Family members say they haven’t seen Ricks since the fire.

“We, the family, haven’t heard or seen him since 1:15 a.m. on his last break,” his aunt and godmother, Stephanie Randolph, wrote on Facebook. “Help us please.”

Firefighters said on Saturday they were still working on search and rescue efforts.

His mother and aunt told WRAL News that Ricks had worked at the facility for only three weeks.

They said it is concerning not to hear from him since 1:15 am this morning.

Ricks works nights at the center.

State and local authorities said there were no injuries or deaths from the massive fire.

“We certainly pray for this missing family member and hope this turns out to be a positive situation,” North Carolina Department of Insurance Commissioner Mike Causey said.

“The only thing I can do is have faith. I really do. I have faith that he will call his mother, ”Randolph said. Ricks is the father of a one-year-old child.

“We are working closely with local authorities to confirm the safety of all team members and fellow contractors who were on site and in their investigation of the incident,” QVC said in a statement to WRAL. News.

The cause of the fire could not be determined until Monday in collaboration with state officials. Firefighters said they had recently responded to the area on several occasions for false alarms.