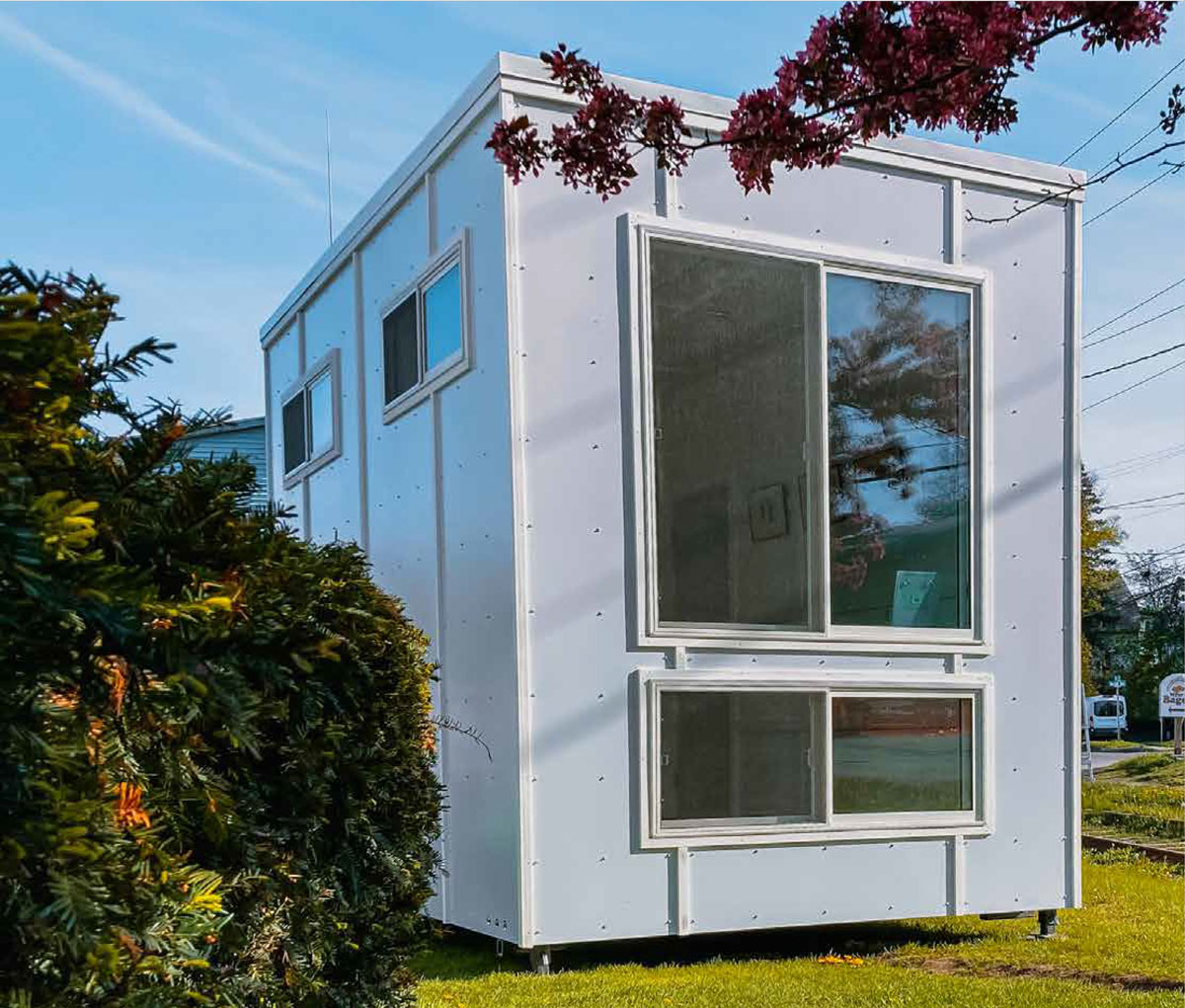 BURLINGTON — The city’s plan to house homeless people in “pods” in a parking lot in the Old North End is off to a good start.

Officials aimed to erect the community of 30 modular structures that can each accommodate one to two people by July 1, when the state’s motel housing program is expected to tighten its requirements and demand for emergency shelters will increase.

But last month, supply chain issues and a shortage of organizations applying to run the site delayed that launch date until late summer. Now, after an unexpected hitch in the permitting process this week, the proposed community on Elmwood Avenue won’t open until at least November, Brian Pine, director of the city’s office of community and economic development, said in an interview.

“It will set us back two months,” Pine said of this week’s licensing decision. “In the best case.”

Meanwhile, as the shelter’s opening date is extended month by month, time is running out. Councilors have authorized the plan until June 2025, and residents are expected to occupy a module for around three to six months at a time.

The pod plan got a chance to move forward this week when the city’s Development Review Board held a public hearing on the proposal (a requirement for any project that receives a permit from the body). But instead of issuing a permit on Tuesday evening, the council suspended the hearing and agreed to resume it on July 5, so members could hear more testimony from several critics and a handful of supporters who listened to the virtual meeting.

Pine’s office is asking the review board to end the hearing early, he said, but there’s no guarantee the quasi-judicial body will grant the city’s request.

Even if the pods get a permit, the site will still need to be run around the clock in order to open. And months after pitching the idea, Pine’s office has yet to find a willing partner to oversee the community.

“It really is a labor crisis,” Pine told VTDigger. “It’s just the fear that there isn’t the ability to recruit and retain workers to do this job.”

Pine said his office has been turned away by local nonprofits such as the Howard Center and the Champlain Housing Trust because they lack the bandwidth to take on new projects. Two local organizations that already run emergency shelters, the Committee on Temporary Shelter and ANEW Place, did not bid because they are undergoing a change in leadership.

When asked if the difficult process of securing site management could override the city plan, Pine said no. He said his office is also exploring a plan for collaborative management between organizations.

“Details are still to be ironed out, but we’re not giving up,” he said. “We just get more creative every day trying to come up with a solution.”

In a sign of progress for the city, the Planning Commission this month put forward a proposal from Pine’s office that would facilitate the creation of new community-like emergency shelters. City officials argued the measure would help Burlington respond quickly if it faced a sudden influx of homeless people, as it did during the pandemic.

Instead of requiring new emergency shelters to be approved by the Development Review Board, the proposal would change the city’s zoning ordinance so that shelters only need “administrative approval.” , where city zoning staff certify that a project meets all zoning rules.

In a 4-3 vote at their May 10 meeting, the planning commissioners put the proposal to a public hearing, after which the body would vote on the measure again. If recommended by the commission, the amendment would go to city council, where it would face multiple votes and another public hearing.

Pine told VTDigger that the zoning change was not intended to usher in the pod project because the measure would take too long to pass. Instead, he said, it’s a product of the realization that if the city needed to quickly house people after, say, a natural disaster, it could be bogged down by regulatory hurdles. .

“The process is not well suited to respond in a timely manner to an urgent crisis,” Pine said.

But some planning commissioners have rejected the idea, saying administrative approval would prevent residents from having their voices heard at a public hearing if they had concerns about a proposed shelter.

“It’s an experiment,” Bradley said of the pod project. “I don’t want to hear of another, or another place, until this one has at least a year of success under its belt.”

Although he voted to move the proposal forward, commission chairman and former Democratic city councilman Andy Montroll expressed reservations about granting a fast-track to house communities that could exist for years.

The pod plan is a component of Democratic Mayor Miro Weinberger’s ‘Plan to End Homelessness’, which also includes the Community Resource Center, a day shelter with free food and services for homeless people. .

If the pod project starts, the resource center would move to that site from its current location at the Feeding Chittenden food shelf on North Winooski Avenue, officials say.

In late March, City Council approved the location of the pod project at 51 Elmwood Ave. with a dissenting vote from New North End Independent Mark Barlow.

In the community at large, however, the project met with more resistance.

Neighbors of the proposed site spoke out against the project in meetings with Pine’s office and at the review board hearing this week, saying the residents of the capsule could bring crimes and behavior with them. disreputable.

In March, the Church Street Marketplace Commission – a city council charged with managing the crown jewel of the city’s commerce – shared those concerns and voted unanimously against the location of the shelter, which is at one block from the bustling pedestrian mall.

Proponents of the project reject these arguments, saying that a managed community would help residents cope with the difficult circumstances that have, in some cases, deprived them of stable housing.

Pine also presented a draft list of rules for community members to the Planning Commission last week. These rules would prohibit any use of illegal substances, prohibit pod residents from housing others in their unit, and restrict visitors to the site except from 10 a.m. to 7 p.m.

In an email to VTDigger last month, Acting Police Chief Jon Murad said his department had not seen an increase in criminal activity near the former location of the community resource center. at the Veterans of Foreign Wars Station on South Winooski Avenue, one block from Church Street.

“The general consensus among department supervisors has been quite positive about the (resource center) in that it is well run and gives people a necessary place to go,” Murad said. in the April 11 email.

A city-sponsored neighborhood group for two neighborhoods in the Old North End – including Ward 3, where the pods would be located – backed the project at a meeting last week.

Prior to this vote, Pine spoke passionately about the urgency with which he believes the project must move forward.

“We play while Rome burns,” he said. “We have to do something now.”

Did you know that VTDigger is a non-profit organization?

Our journalism is made possible by donations from our members. If you appreciate what we do, please contribute and help keep this vital resource accessible to everyone.