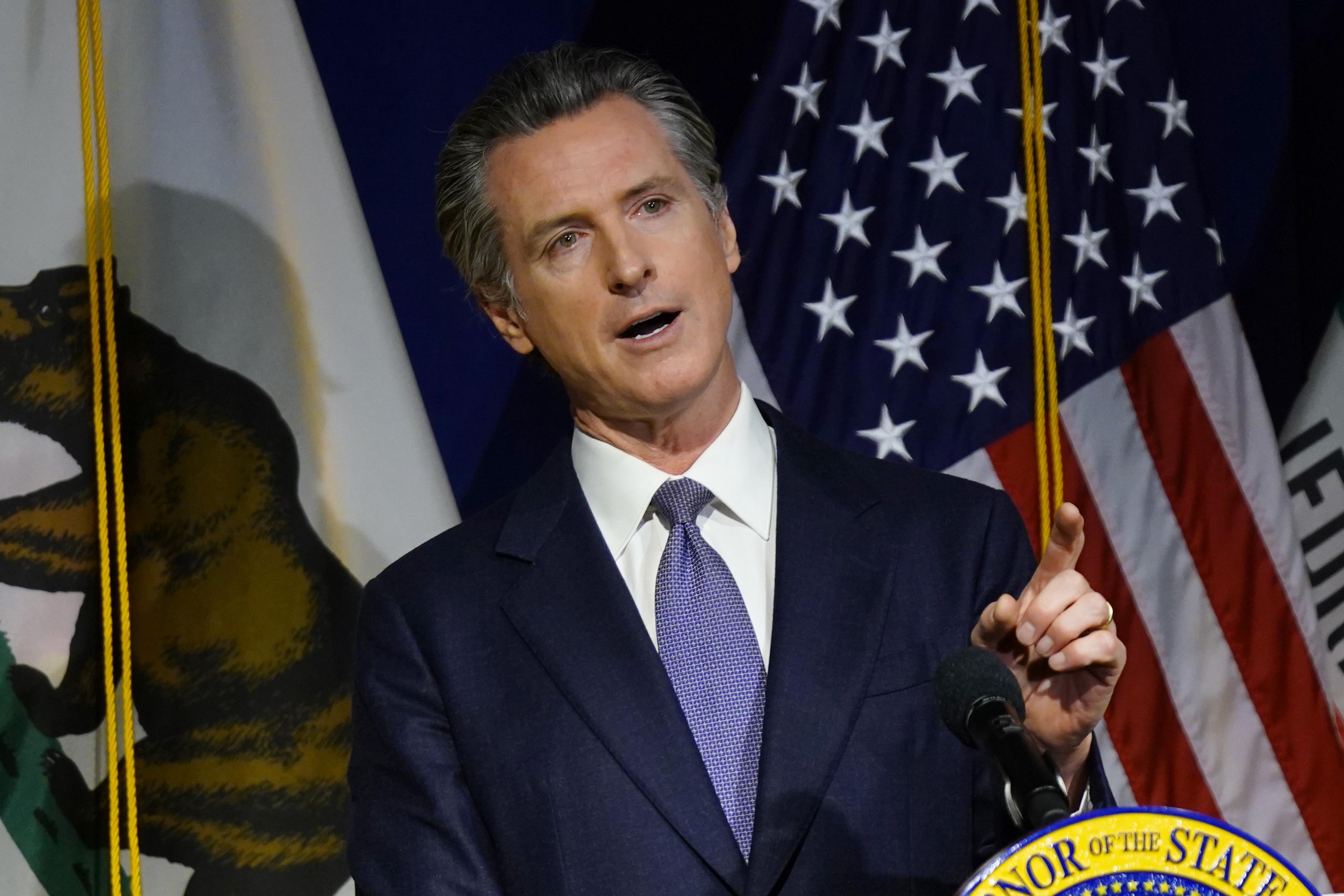 SACRAMENTO, Calif. (AP) — California Governor Gavin Newsom proposed a $286.4 billion budget on Monday that triggers months of budget talks with his fellow Democrats, who control the state legislature, ahead of the start of the new fiscal year on July 1.

Newsom has focused much of his budget proposal on some of the state’s biggest issues — climate change, homelessness, education, abortion, the bullet train, the pandemic, crime .

Newsom wants to spend $22.5 billion over the next five years to fight climate change and protect communities most at risk from climate change.

An additional $2 billion would spur clean energy development and storage, as well as an additional $465 million over three years to create new jobs and training centers for displaced oil industry workers.

Newsom wants to spend $750 million to improve water efficiency, limit harm to fish and wildlife, and conserve water. It would also spend $175 million on projects designed to mitigate the effects of extreme heat.

After consecutive record-breaking wildfire seasons for the past two years, the governor has proposed a nearly 20 percent increase to the Department of Forestry and Fire Protection’s budget.

Spending would increase from $3.1 billion approved last year to $3.7 billion and add more than 1,200 new CalFire positions. It would also include $400 million to be spent on improving the health of firefighters who have been on the front lines during long seasons.

CalFire’s budget would fund about a third of the proposed $1.2 billion to be spent over two years on forest management efforts to reduce fire risk.

Newsom has proposed spending an additional $2 billion on homelessness on top of the $12 billion in last year’s budget.

This time it focuses on people struggling with mental illnesses or drug and alcohol addiction. A quarter of approximately 161,000 homeless people in California have serious mental illness.

The proposed budget includes $1.5 billion for housing to get people off the streets and into treatment, such as small houses or other transitional shelters.

California taxpayers are already paying health care for low-income young adults and people aged 50 and over living illegally in the country. Now Newsom wants the state to pay for health care expenses for every low-income adult in the state, regardless of immigration status. The plan would cost around $2.2 billion per year and begin in January 2024.

As U.S. Supreme Court debates whether to leave states outlawed or severely restrict access to abortion, Newsom offered to spend $20 million to provide scholarships and loan repayments for people studying to become doctors who undertake to provide abortion services.

Newsom also wants to create an Office of Health Care Affordability to regulate the cost of health care in California. The bureau would set “cost targets” for the health care industry and could fine providers who exceed those targets.

Its budget includes $1.2 billion related to the coronavirus, including testing, lab fees, vaccinations, contact tracing and medical staffing. He also asked lawmakers to immediately approve an additional $1.4 billion. instead of waiting for the start of the new fiscal year on July 1st.

An additional $200 million per year would go to local health authorities to strengthen their public health infrastructure.

Funding for schools would increase by $8.2 billion based on minimum funding guarantees under state law, with an additional $7.9 billion in one-time funds for facilities, transportation and other programs.

The proposal includes $1 billion to begin phasing in universal transitional kindergarten for all 4-year-olds by 2025 and an additional $3.4 billion to expand learning opportunities, including pre- and after school for low-income elementary students.

Schools would receive $937 million for arts and music programs – the biggest appropriation in years.

Newsom is seeking $1.2 billion to help school districts that would otherwise face funding cuts due to declining enrollment during the pandemic.

The proposal also includes a 5.33% increase in the cost of living for education – the biggest since 2008.

About 100 of California’s nearly 700 sentenced inmates have been transferred to other prisons since March 2020 under a previously announced program. As others leave death row at San Quentin State Prison, Newsom’s budget includes $1.5 million to find new uses for vacant condemned living areas. Newsom has a moratorium on executions as long as he is governor.

Its budget is targeting $13.7 million, with another $3 million on the way, to create an experimental Norwegian-style rehabilitation environment within Valley State Prison in Chowchilla.

Some critics have increasingly blamed Proposition 47, the 2014 ballot measure that reduced some property and drug crimes from felonies to misdemeanors. Newsom’s budget says last year’s initiative saved $147.3 million from reduced incarceration, money that will go to community programs including treatment for addiction, mental health services, housing and job training.