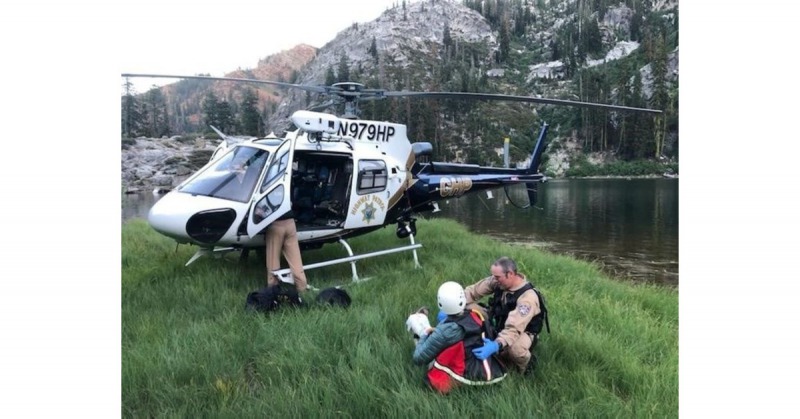 Rescue of a hiker. [Photo from the California Highway Patrol’s Northern Division AirOps]

Last night, July 20, the Trinity County Sheriff’s Office called for help responding to a personal locator beacon emergency distress signal from the Granite Lake area in the Alpine Wilderness of the Trinity. This beautiful lake is located 6,500 feet on the eastern side of the wilderness area.

H-14 responded to the request and located an adult female who fell while hiking around the lake and suffered a major fracture in her lower leg, which prevented her from walking. The injured subject was visiting the area with his teenage son and the family dog. A few other people were camping by the lake and providing assistance. The H-14 crew landed on a ridge near the injured subject and descended to contact them.

The injured subject was transported to the regional trauma center, while his son and dog were returned to our base in Redding to connect with other families.

Thanks to the other campers who were ready to help as much as possible.