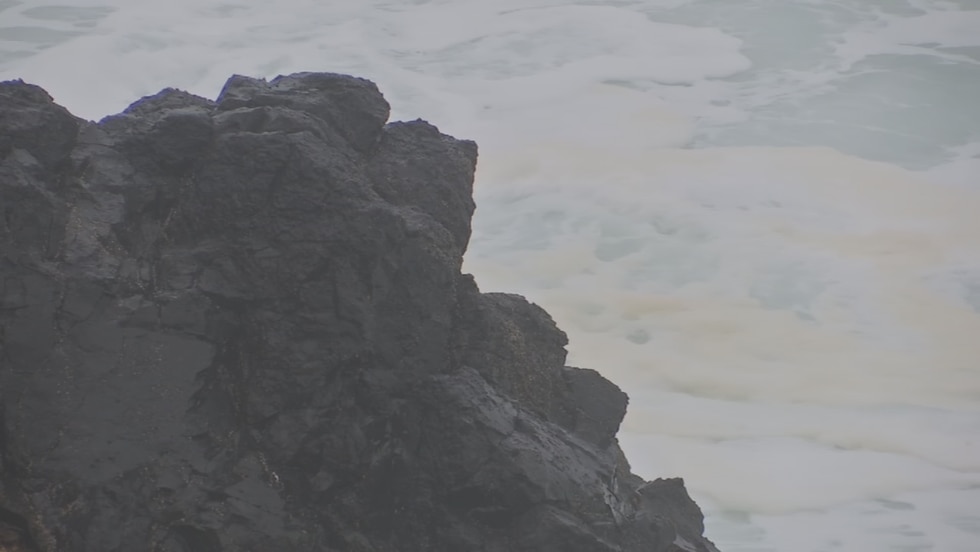 Officials say a visitor to the Whale Cove Inn saw two teenagers, a 13-year-old girl and a 15-year-old boy, walking on the beach just north of the hotel before walking along the rocky shore. The visitor noticed the two were stuck on the rising tide and called 911.

The Depoe Bay Fire District was dispatched and arrived at the hotel and located the two teenagers within minutes before requesting resources from Coast Guard Station Depoe Bay and a sector helicopter. North Bend Coast Guard.

A USCG helicopter responded to the scene from Newport Airport and was able to get to Whale Cove in 20 minutes. The two siblings were hoisted from the rocky shore and moved to safer ground on the sandy beach where paramedics checked the children. They were determined to be well and were brought to their parents.

“We basically coordinated a rescue with the Coast Guard and determined that the most effective way to get them out of the rocks was to use a helicopter,” said Tom Jackson, division chief at the Depoe Bay Fire District. “The two minors were safely lifted off the rocks and onto the beach and returned safely to their parents.”

Jackson said it was essential to always be careful to stay safe along the coast, not turn your back on the waves and plan before you go out.

“When you go to the coast, especially during inclement weather, it’s very dangerous and you really have to plan an outing to understand the weather, what the ocean waters are doing,” Jackson said. “So it’s always good to be familiar with the tides and the time of high tide so you can make an informed decision about your plans and go out and explore the rocky coast or the beaches, because sometimes when you’re not planning, they catch you are off guard.