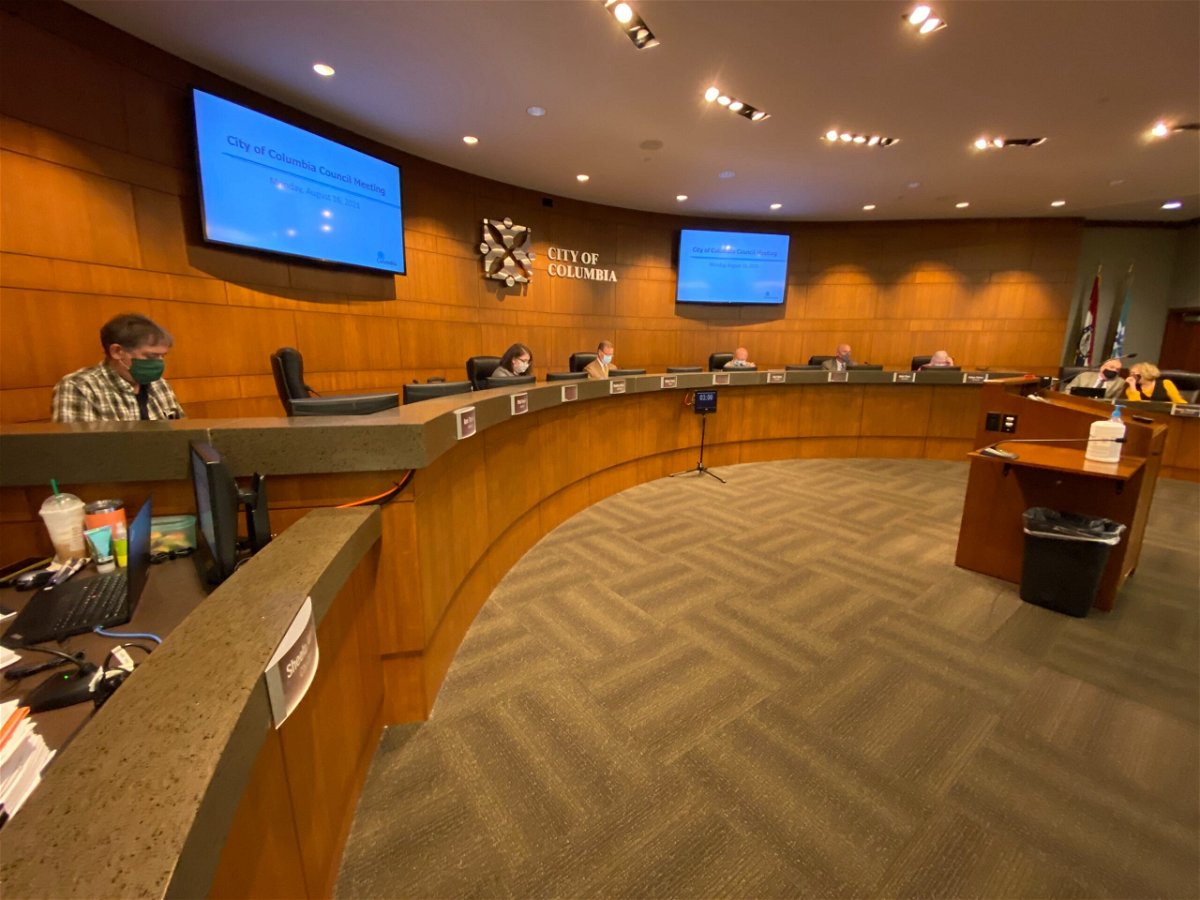 Watch the replay of the city council meeting in the player below.

On Monday evening, the Columbia City Council on Monday approved a new contract with Columbia Public Schools to bring police officers back into select school buildings.

Some people are all in favor of adding School Resource Officers (SROs) to school buildings, saying it will make schools safer. Others worry about the school-to-jail pipeline and think it could create more problems and a more dangerous environment.

The contract with the CPS and the city stipulates that the SROs would work to build relationships with students, deter campus crime and respond to major disruptions.

The school would pay 75% of the salaries of four Columbia police officers, one for Hickman, one for Rock Bridge and two for Battle High Schools. The cost would be just under $300,000.

is expected to vote on American Rescue Plan Act fund allocations and an agreement between local law enforcement and Columbia Public Schools.

This fund allocation policy, proposed by Ward 1 City Councilman Pat Fowler, details how 100% of the $25 million in American Rescue Plan Act funds for Columbia should be distributed.

Fowler proposes that the city invest the funds to “provide direct assistance to those most disproportionately affected by the pandemic, alleviate conditions of systemic poverty, racial inequality, and build strong pathways to economic security and the ability to live.” public health”.

Part of the policy aims to help the 27,500 residents of Colombia who live below the federal poverty line and the 7,800 students who qualify for free or reduced school meals based on household income.

The policy states that approximately 13,000 renter households are considered “cost burdened,” meaning that rent and utility costs make up more than 30% of total household income. According to the policy, 238 residents were also identified as homeless in 2020 in Colombia, which is also a population the funds would help if implemented.

The Columbia City Council is expected to vote on an agreement between Columbia Public Schools and local law enforcement regarding school discipline. If approved and the agreement is signed by Columbia Police Chief Geoff Jones and Columbia City Manager De’Carlon Seewood, it would establish a working relationship for student management that commit minor violations of the law in the school setting.

For this proposal, the agreement would establish a working relationship between Columbia Public Schools, the Columbia Police Department, the Boone County Sheriff‘s Department and the 13th Juvenile Division of the Judicial Circuit Court.

This agreement would allow the CPS to hold students accountable for certain school-based disciplinary actions rather than referring students to the legal system.

School officials would consider the age of students, their level of maturity, the seriousness of the offense and whether the situation involved a weapon when determining whether an event would fall under the policy of assigning a school sanction. or if law enforcement should get involved.

If approved, the deal would replace a similar deal put in place in 2017. According to the board memo, this new deal would address community concerns with a greater focus on pursuing all possible options. before referring a student to the justice system.

The agreement would run until June 2025, but any party could withdraw from the agreement with 30 days’ notice.