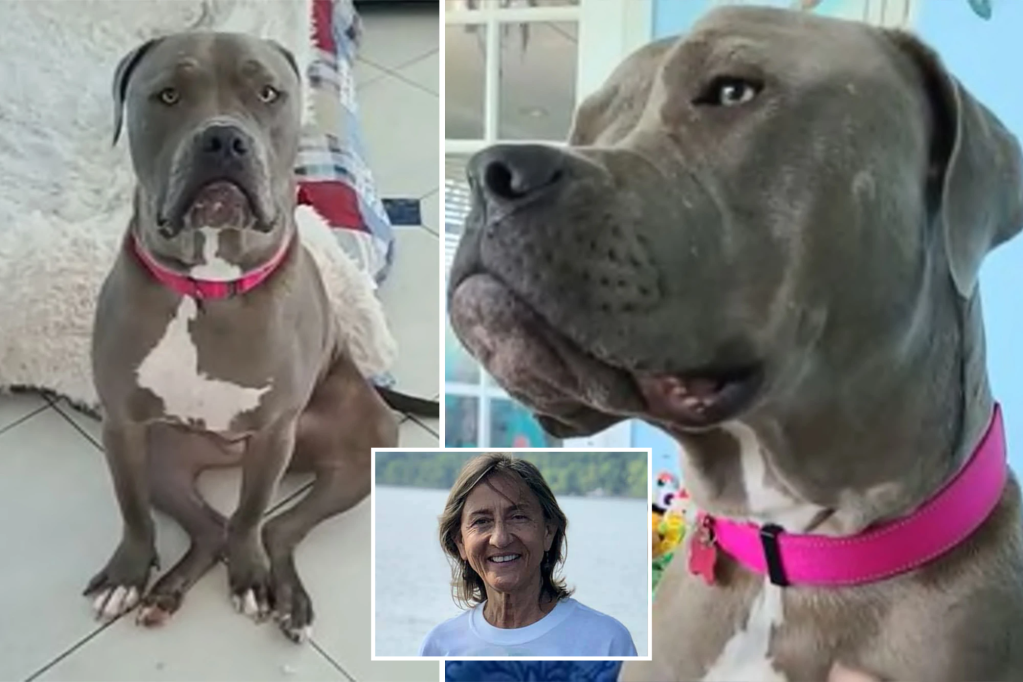 A large rescue dog has mauled a volunteer to death in South Florida, reports say.

Pam Rob, 71, was working with Gladys – a three-year-old large mixed breed – when the dog snapped and attacked at the Oakland Park Animal Rescue Center on Thursday, reported news station WPLG.

“There’s always a risk when you work with abused animals and Pam was well aware of that,” Robb’s wife, Angie Anobile, told the station.

Anobile, said the Sun-Sentinel Rob had been working with Gladys for about a month, before the dog dragged her to the ground by the arm and attacked her.

Gladys, who weighed more than 100 pounds, has since been put to death, WPLG reported.

The rescue organization – 100+ Abandoned Dogs of Everglades Florida – released a statement saying staff are in mourning and requesting confidentiality. The group cares for many pit bull-type dogs, its website says.