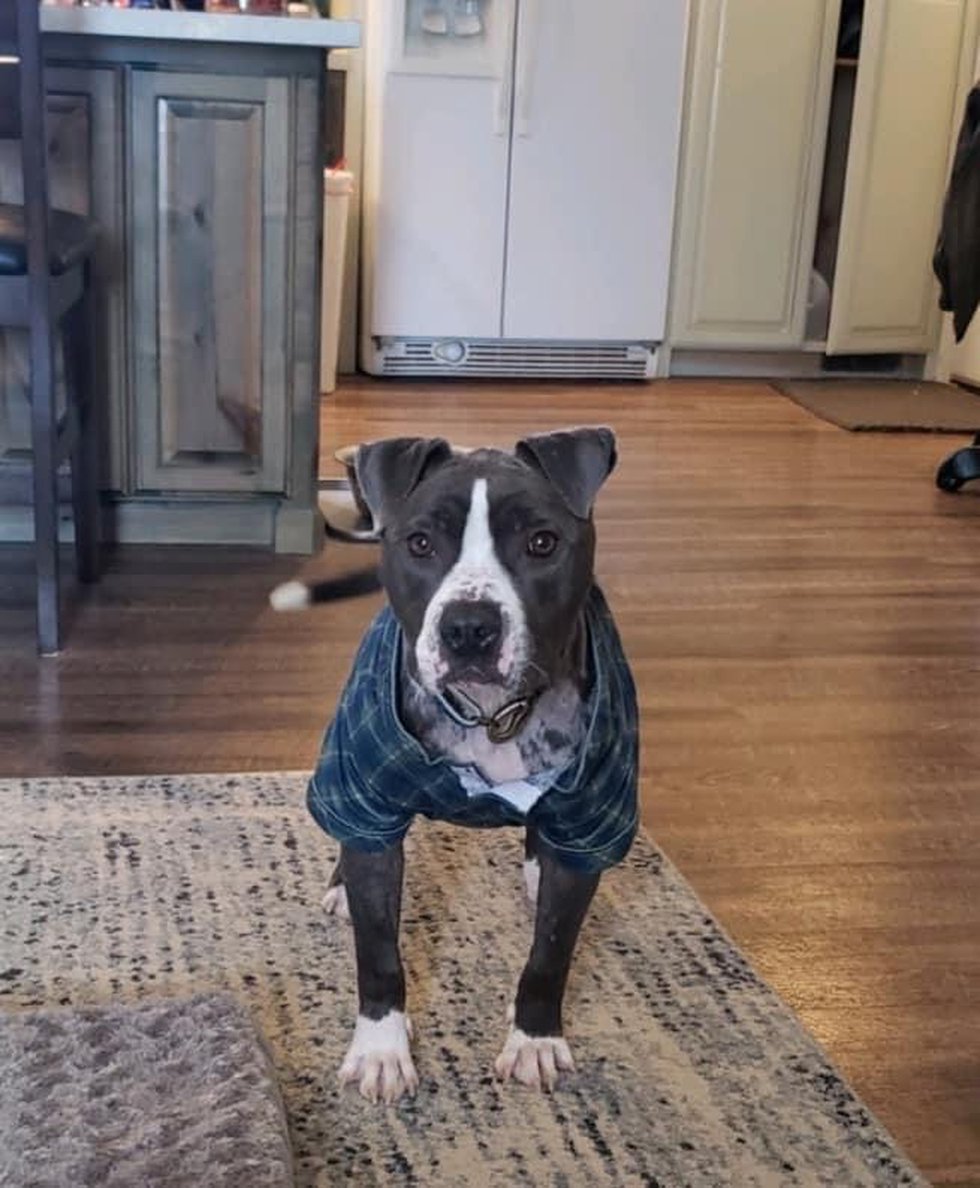 WICHITA, Kan. (KWCH) — After more than two and a half months at Colorado State University Veterinary Hospital, a dog found chained up in a south Wichita yard in late October returned home on Sunday.

Volunteers from the local Beauties and Beasts animal shelter said Chevelle, a four-year-old Pitbull, had suffered one of the worst cases of animal abuse and neglect they had ever seen.

“He was in such bad shape he could barely lift his head,” said Randi Carter, vice president of Beauties and Beasts. “His weight was so low and his body so weak that he was so devoid of everything he needed to survive.”

Even the volunteers who rescued Chevlle had not anticipated the extent of the neglect he endured, as deep, infected wounds covered his body. More than half of his tongue was missing.

“The vets came back and said the injuries were caused by thermal or chemical burns that occurred in his mouth and all over his body,” Carter said. “Whether someone poured this on him or not is unknown. They couldn’t pin anything on the owner.

Initially, Chevelle’s chances of survival were low. But after two and a half months of intensive medical care and nearly $40,000 in medical bills, Chevelle miraculously recovered.

“Hours spent fundraising and going back and forth, all of that doesn’t matter,” Carter said. “He’s finally becoming a dog, he wasn’t a dog before…it’s worth every second.”

On Sunday, Chevelle reunited with the volunteer who rescued him from the backyard, who decided to adopt him.

“When I picked him up from the garden, there was no life in his eyes,” said Nichol Scrivner, a longtime volunteer with the charity. “I dropped him off at the ER and promised if he survived he would have a home.”

With Chevelle still a few months away from his injuries being fully healed, he can now start a new life in a loving home.

“I want him to be this chained dog advocate, to know there’s hope,” Scrivner said. “We just need everyone to say something if they see something.”

Chevelle is the most expensive case in the rescue to date, and the organization said he still has about $10,000 left to pay in medical bills. You can donate to help Beauties and Beasts Rescue with Chevelle’s medical bills here.