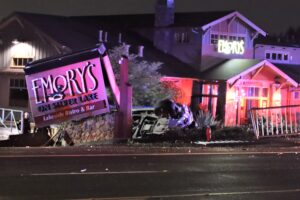 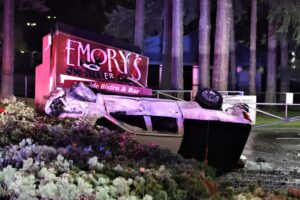 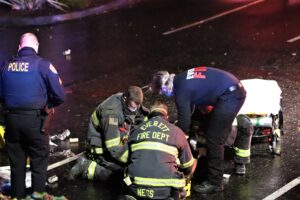 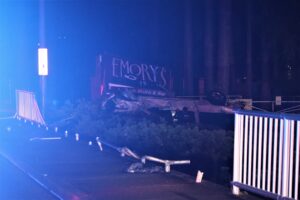 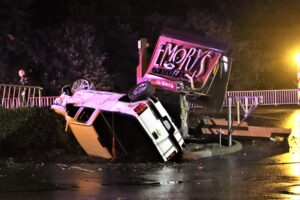 Everett Police were able to free the driver of a van that crashed and caught fire early Sunday morning outside Emory’s Bistro & Bar on 19th Ave. SE at Silver Lake in Everett, Washington.

The truck was apparently heading south shortly before 3 a.m. when it crashed through a railing and into the Emory Restaurant sign. The truck then caught fire.

Upon arrival, EPD officers had to fight in the smoke to free the driver and bring him to a safe place to be treated by medics.

The driver was the sole occupant of the truck and was transported to Providence Regional Medical Center with life-threatening injuries.

Here are some MyEverettNews.com photos of the scene.

My Everett News is a hyperlocal news website featuring the latest news and events in Everett, WA. We also cover information about the city of Everett and items of interest to those who live and work in Everett. It is written by Leland Dart, a former Snohomish County-based radio reporter born and raised in Everett.

View all articles by myeverettnews →