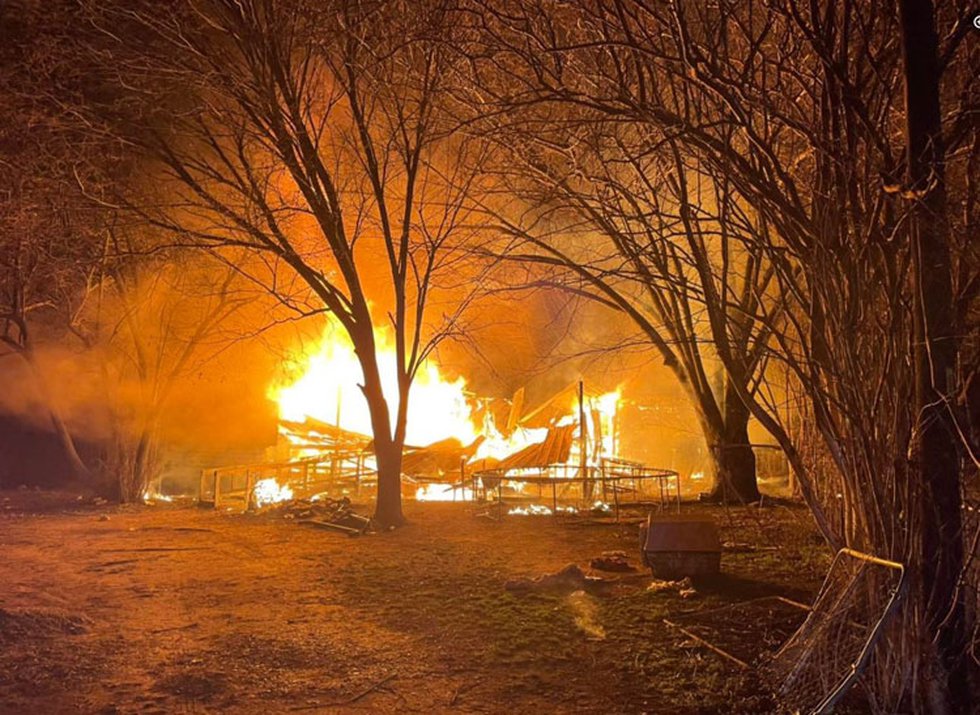 According to a post on the Payne Springs Fire Rescue Facebook page, the family who lived there lost “pretty much everything.” The family dog ​​also died in the fire.

PSFR volunteer firefighters were dispatched to the structure fire at 8:32 p.m. Tuesday. When the head of Payne Springs Fire Rescue arrived on the scene, he found a single-width mobile that had add-ons with “heavy fire involvement”.

“The residents, two adults and four children, were able to escape unharmed,” the Facebook post read. “Unfortunately their dog didn’t make it and they pretty much lost everything.”

According to the post, firefighters’ efforts were first hampered by a live power line that had fallen into the blaze and actively tripped, the Facebook post said. The downed power line charged much of the mobile home, and several PSFR firefighters received light shocks, but none were injured.