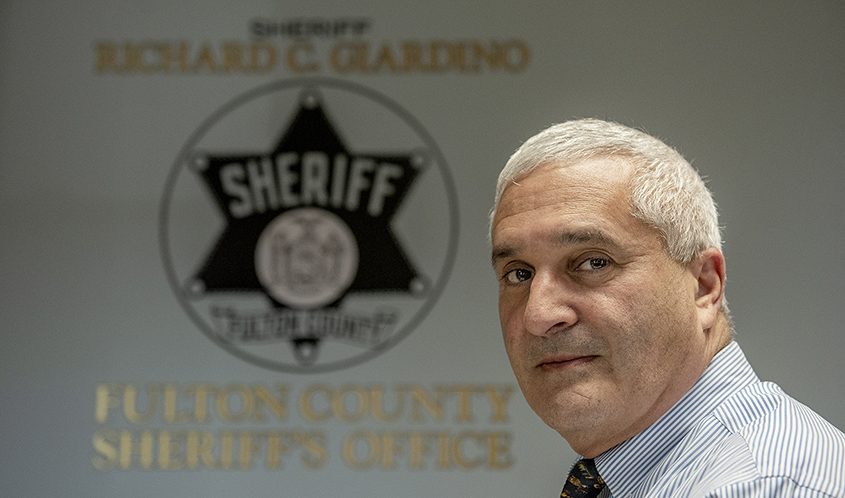 NORTHAMPTON — While finding no criminal conduct, a Fulton County Sheriff’s Office report released Thursday was highly critical of Fulton County’s 2021 purchase of land near the Great Sacandaga Lake to build a museum and visitor center.

The report, following an investigation Fulton County Sheriff Richard Giardino launched after receiving public complaints about the deal in November, found the county overpaid for the 35-acre parcel. .15 Acres, was not sufficiently transparent in its conclusion of the agreement and failed to consider a provision in the acceptance. federal COVID-19 relief funding that requires projects not incur future costs.

For its part, the county maintains that it got a fair price for the land and supports the proposed $1.2 million Great Sacandaga Lake History Museum – which will include a visitor center, trail and a view of the lake – as a future boon to county tourism revenue, according to Fulton County Administrator Jon Stead.

The sheriff’s report asks the Fulton County Board of Supervisors to suspend plans for the museum until some of the concerns raised are resolved, but at this point there is nothing stopping the board from moving forward with it. the project, Stead said.

Fulton County officials said the county was buying the plot in October using money from the $10.4 million in federal funding it received from the US $1.9 trillion bailout act. of 2021 dollars (ARPA) passed by Congress and signed by President Joe Biden in March. The Fulton County Board of Supervisors voted 16 to 1 in August to approve the “Destination: Fulton County” strategic plan for how to spend federal funds, which included $1.2 million to build a new state-of-the-art museum and recreational facility to showcase the story of the modern engineering marvel that created the Great Sacandaga Reservoir.

A central finding of the sheriff’s report is that the county overpaid for the land following a rushed process that did not involve sufficient public participation.

Fulton County purchased the more than 30 acres of land on State Highway Route 30 in the town of Northampton near the lake on September 30 for $520,000. The county justified the purchase price using a 2016 appraisal of the land at $721,000, “with county speculation about the value of unapproved subdivisions,” according to the report.

The report stated, “The County purchased the museum property for $520,000, which is arguably a substantial amount when compared to fair market value as measured by the 2017-18 multiple listing service price, the property value as assessed on the county’s own website and listed comparables for property sales in the area in 2021,” the report states. “The only thing clear about the value is that it is unclear what the actual fair market value was in September 2021. Therefore, appraisals for the months surrounding the close in 2021 would clarify this issue.”

Stead said county supervisors received the sheriff’s report and disagreed with Giardino’s conclusion on the purchase price, especially as real estate prices have risen. in recreation areas during the pandemic.

“When they made this purchase last year, it was after several meetings to discuss it and discuss value,” Stead said. “They looked at the assessments they had and the documentation they had at the time. Putting them together, they felt the purchase price was reasonable.

The sheriff’s report also questioned the speed of the real estate transaction.

Stead recognized the speed of the deal as a way to grab desirable ground.

“It was well located for the objectives of this project. So that part evolved pretty quickly,” he said.

Giardino also criticized the county for using federal funding to pay for a project that could incur future costs.

The county allocated state and local tax stimulus funds—part of ARPA funding—to pay for the $1.2 million project. These funds should “not be spent on projects that would incur recurring costs” without offsetting revenue. The operation of a museum would necessarily incur recurring personnel, operating and maintenance costs without any revenue offset,” the sheriff’s report states.

However, the county maintains that the costs of the project will be offset by future tourism revenues, particularly in the form of occupancy taxes generated from hotel and motel reservations. Stead said the museum project is part of a three-pronged plan — including the $1 million Parkhurst land project and the $8.65 million infrastructure-sewer corridor — to boost tourism.

“The board of supervisors looked at this project under this plan, and this plan is to increase revenue through tourism,” Stead said. “This will be part of the tourism development program that we have put in place from the start. We hope to generate the majority of revenue from the costs we collect through the tourism program and the hotel and motel tax. »

Regardless of future promises, residents are concerned about how the operation was carried out.

Stead, who said the public had a chance to weigh in on the project from public hearings last June, acknowledged that some of the real estate negotiations took place in private.

“The actual purchase of the property, it was something that had to be done in executive session partly because of the concern about prices and prices escalating with too much notoriety,” Stead said.

As someone who grew up in the area, Campbell questions the priorities of county leaders in building a museum and tourist center when the county has so many pressing needs.

“I just think there should have been more community involvement, and at the end of the day, I think there’s a lot more fish to fry in Fulton County than building a museum,” he said. said Campbell.