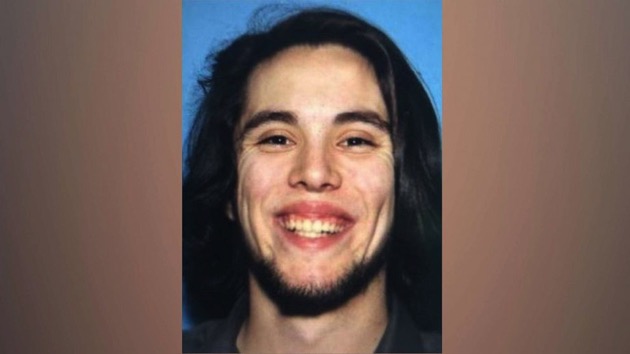 Devers, who works in sales in the Seattle area, said he didn’t have any wilderness skills and estimated he had done 10 hikes in the past few years.

He had planned a day hike and said he had water and two cans of Mountain Dew with him.

â€œThis is my first hike where the path was not necessarily marked and super clear. Others are much broader and much more obvious along the way, â€Devers told ABC News on Tuesday. “This one was right – there were legitimately areas where it’s really skinny and you have to work your way through some trees.”

â€œI didn’t really think much about it,â€ he continued. “I just went with what I thought was the trail, and after about 45, 50 minutes of being in my own head, I just looked back and there was no trail.”

â€œNothing around me seemed to be the way to go,â€ he said, â€œso I just started trying to find voices. I called and said I was lost.

â€œBut what I didn’t realize was that river and water really carry sound in very different ways,â€ Devers said, adding that he thought people were closer than them.

When night fell on that first day, he said he was “terrified”.

“I was certainly not very confident in my abilities,” he added.

Around the third day, Devers found berries. Every day he said he ate a few handfuls – his only food source.

For water, Devers relied on the river. He said he wasn’t sure there were any bacteria, but he knew he couldn’t afford to become dehydrated.

For Devers, the mental obstacles were harder than physical.

Around the third day, he said he saw a helicopter fly over him, calling it “a huge mental kick to the guts”.

â€œIt was really easy at that point to think ‘This was your only way out’ and give up,â€ he said. “At this point, the thoughts of ‘You are dying’ spring into place.”

He said he was like, “I wasn’t dying alone, so I have to keep going.”

After about three days, Devers said he was starting to lose track of time. Every day, his mission was to â€œwake up, feed, travel, sleepâ€.

The record-breaking Pacific Northwest heat wave also limited where and how long he could walk each day.

â€œAnytime it was really hot I had to be around a stream,â€ he said. â€œFortunately, because it’s not very humid here, as long as I was near a stream and some form of wind, it was relatively comfortable.â€

In the last few days in the woods, Devers said a “mental psychosis” had set in.

On his last night, Devers said he could hear voices more clearly. He climbed a tree and spotted acorns, which he thought had noticed a trail. He said he then found a clear trail 2 feet wide.

He walked as far as he could, and when it got dark he said he had slept on the trail. On Sunday morning, joggers found him, the sheriff’s office said.

Devers was taken to hospital and said he had no physical injuries other than cuts and scrapes and some muscle degeneration.

He said it had been a mental adjustment to the real world, noting that his air conditioning unit sounded like helicopters to him now.

â€œI think for the first day, probably, of my interaction with people, I didn’t necessarily think it was still real,â€ Devers said. â€œIt’s always very, very difficult to relax.

Devers said he had no idea how many people were looking for him and felt guilty for “doing this to everyone I know.”

Now he hopes to become a volunteer first aid worker to reciprocate – and has said he has no plans to stop hiking for the fun of it.

â€œI don’t know how the first hike in this particular forest will go,â€ he said, â€œbut I will come back eventually.â€