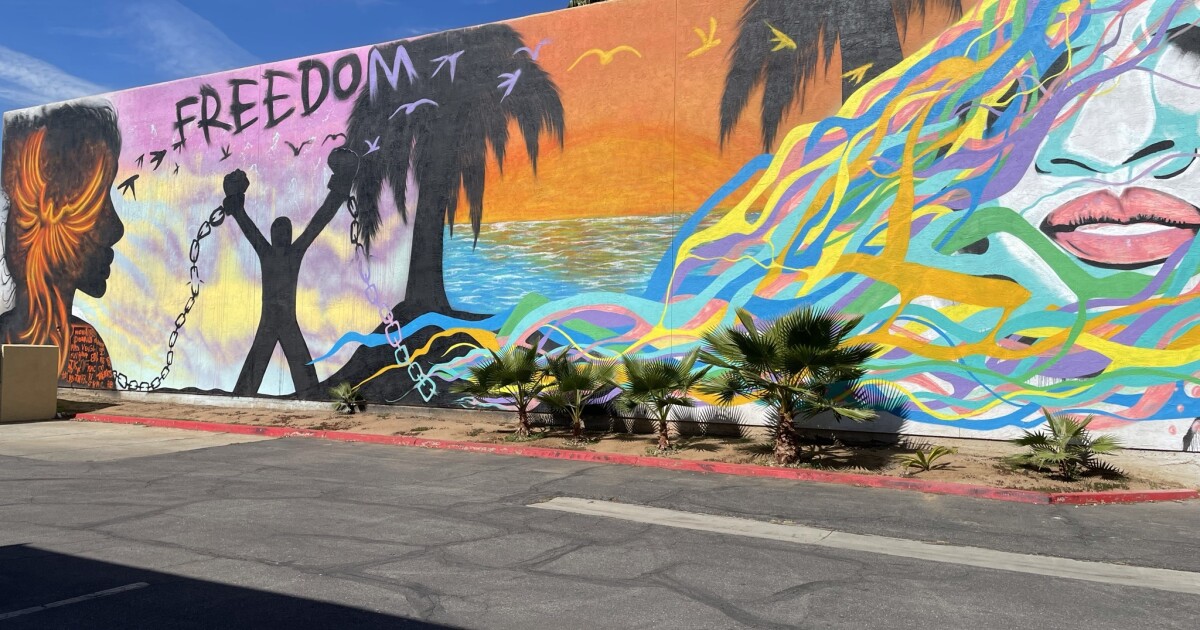 A 10-bedroom shelter for homeless families could open in Escondido next year as part of a plan being developed by Interfaith Community Services.

â€œI would just say that we are both troubled by the need for a family shelter and honored to be able to do the job,â€ said Greg Anglea, CEO of the association.

Anglea said the shelter will serve 10 to 14 families at the Hawthorne Veteran and Family Resource Center on North Ash Street, which now provides convalescent care to the homeless who are recovering after being released from a hospital but have no share where to go.

There are moving parts in the plane. Before the new family shelter can open, work must be completed on the Abraham and Lillian Turk Salvage Care Center at 555 N. Center City Parkway.

The 77-room building was America’s Best Value Inn & Suites before Interfaith purchased it last year with the intention of using it for convalescent care and its interim graduate accommodation program, which will provide temporary accommodation to people who have left the nonprofit organization. Haven House shelter for the homeless and no longer in need of convalescent care or are graduates of the nonprofit organization’s drug and alcohol treatment program.

At the nonprofit’s annual meeting on October 28, Anglea said the remaining $ 5 million needed to complete the project was raised through donations.

At the annual reunion, Anglea also showed a slide of the â€œJourney to Healingâ€ mural that artist Mauro Alvarez painted on what had been a large white wall in the old hotel before its conversion began. .

More work needs to be done on the old motel, however. Anglea said the authorization process with the city has taken longer than expected and significant water supply works need to be done at the site.

Once this work is completed, Interfaith’s convalescent care program will be transferred from the Hawthorne Veterans and Family Resource Center, which the nonprofit purchased in 2014 after the building sat vacant for 20 years.

Renovations will begin on this building after the transfer of the program, and Anglea said the work will include creating a kitchen, changes to the washrooms and expanding an outdoor space.

While a real shelter is months away, Interfaith has been running a family shelter program since August, using hotel rooms in the area to serve 10 families. One family has already moved into permanent accommodation on their own, Anglea said.

â€œUnfortunately, this is a need that we see increasing as the moratorium on evictions has been lifted and families on the fringes continue to struggle,â€ he said. â€œWe absolutely see families living in their cars and homeless people on the streets every day. “

Interfaith is providing shelter to 14 families in hotel rooms, and all of them have been linked to housing resources and / or employment opportunities, Anglea said. More than 60 children and adults have been cared for in the family accommodation program since it opened on August 18, he said.

Interfaith has secured $ 1.8 million in an operating and investment grant from the county to open the new shelter and will raise funds to finance its continued operations.

The association also operates the 49-bed Haven House shelter at its Washington Avenue headquarters in Escondido, and the new shelter will only be the county’s second for families. Father Joe’s Villages operates a shelter in Golden Hall in downtown San Diego.

The new shelter follows a trend of opening more shelters in towns across the county. The San Diego Rescue Mission was chosen to operate a shelter for the city of Oceanside and purchased property to open a shelter in National City.

Vista recently agreed to post requests for proposals to develop a shelter in her city, and Chula Vista is also considering starting her own shelter. The Lucky Duck Foundation has called on San Diego or other cities to open a winter shelter this year, and the county supervisory board agreed last month to research locations for shelters, safe parking lots and more. services for the homeless in unincorporated areas.