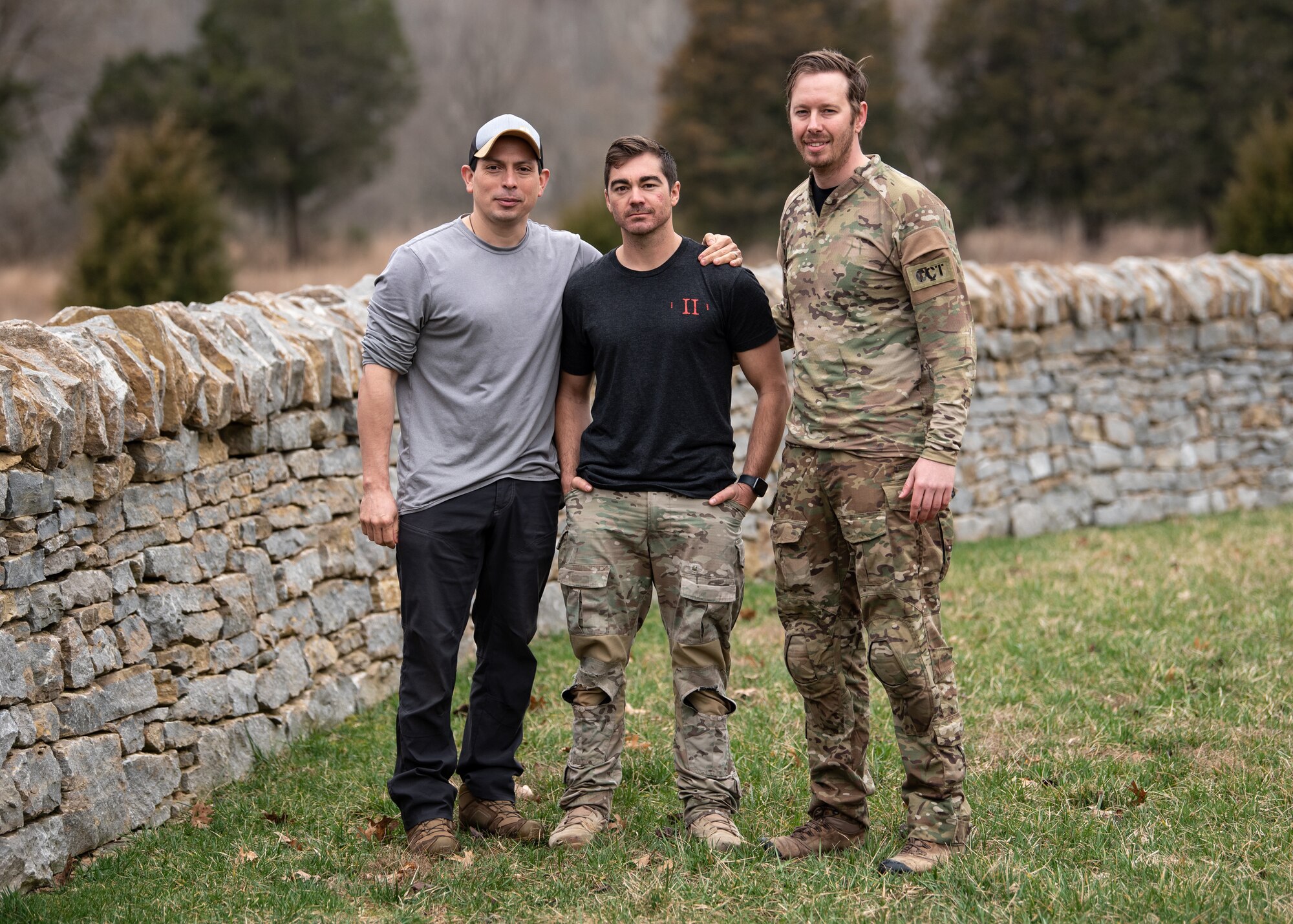 According to Staff Sgt. Devin Butcher, a combat controller with the 123rd STS, team had just completed unrelated training at the center when he noticed a civilian swim instructor holding a baby.

“I had seen him there many times before, but this time he had a strange look on his face – an ‘I need help’ look on his face. Obviously it was someone who was in shock,” Butcher said. “Then I observed a baby in his hands that was blue, with mucus coming from his nose and mouth, which is apparent for a drowning victim.”

He picked up the baby and determined he was not breathing on his own. Butcher handed the baby over to Tech. sergeant. Ryan Penne, a pararescueman with the 123rd STS, who with Master Sgt. Elmer Quijada started performing CPR.

“I didn’t necessarily know what was going on,” Penne said. “I just received a baby in my arms who was unresponsive, blue and cold. So, I started going through medical procedures to try and revive him.

Butcher said what happened next was a team response.

“I looked at another one of our teammates and told him to call 911 and I looked at one of the lifeguards and told him to get their (automated external defibrillator). The team just started to huddle together and play all of their different roles. We had guys grabbing hypothermia blankets. We had people getting oxygen,” Butcher said.

“After a few minutes the baby started to slowly come back to life, the color started to come back and the baby was starting to be able to breathe on her own. But we put oxygen on his nose and mouth, just to help him ease that, and then we wrapped him in the hypothermia blankets to keep the baby warm.

“It was definitely a team and joint effort. There was absolutely no one there. It was “in the right place, at the right time”. I mean, if it was three minutes before or three minutes after we got out, I don’t know what the situation would have been.

Emergency medical technicians arrived and took the baby to the hospital. The boy is fine.

Butcher and Penne agreed that their military medical training, instilled through years of working as combat paramedics, was key to helping save the child.

“Training just started,” Butcher said. “People say that, and it’s a cliché, but it’s really true. Being able to assess a situation very quickly and realize if there is someone who needs help or if there is an action we can take to improve a situation is all instinctive.

“We train to work under extremely stressful conditions and to react quickly to life or death situations,” Quijada said. “Whether it’s a combat situation or a drowning infant, stress is stress. I’m thankful for the training the military gave me and for the team to respond the way they did.

Butcher called the event’s resolution “a blessing and a miracle.”

“We were there at the right place at the right time. This is the particularity of the Air Guard: we become civilian airmen. Every time we manage to help the community, it’s phenomenal. The result here was an absolute miracle, and I’m grateful for that.