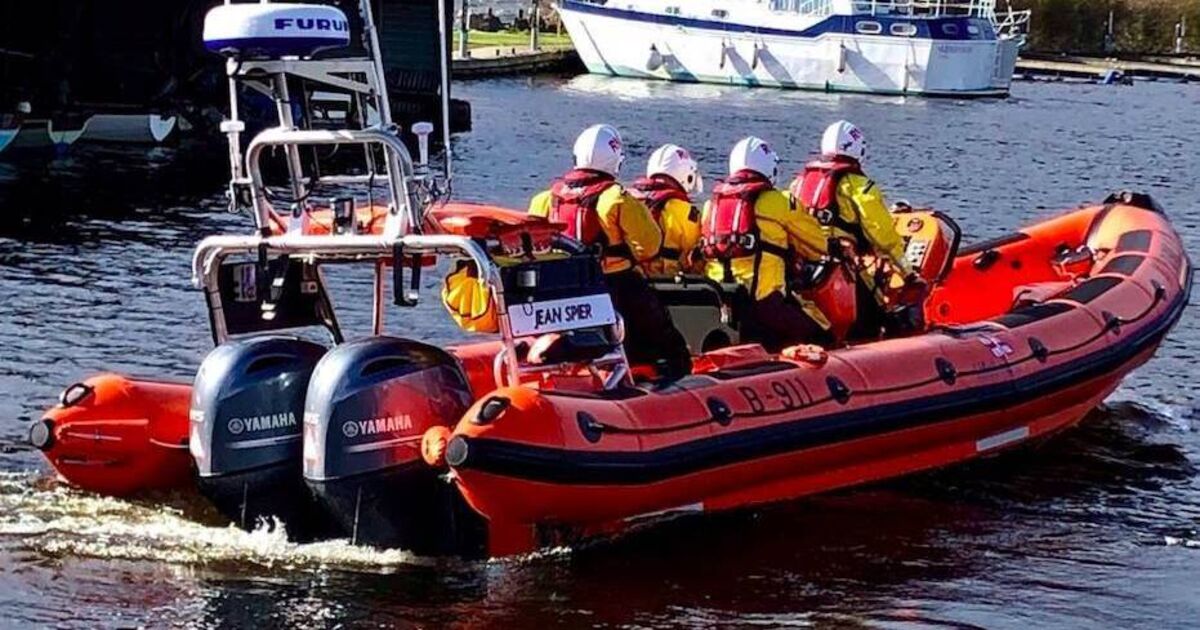 A lone skipper on a 25ft yacht was rescued by the Lough Derg RNLI on Sunday evening after the vessel’s engine failed and it drifted to a rocky shore.

Just after 5pm on Sunday, the Lough Derg RNLI lifeboat was launched with Keith Brennan, Steve Smyth, Joe O’Donoghue and Richard Nolan on board at the helm.

The lifeboat was launched to help the sole skipper on a 25ft yacht stranded on the eastern shore of Lough Derg.

Within 15 minutes, the lifeboat had located the yacht, which was at Ryan’s Point, bordered by the weather.

The skipper was driving under power when his engine failed. He had dropped the anchor, but it was dragging and as a result the yacht had drifted into the rocky shore.

An RNLI volunteer swam to the yacht, taking a tow line with him and the skipper was found safe and sound, wearing his life jacket.

As the yacht was not solidly grounded, an RNLI volunteer was able to put the vessel in safe water and obtain a towline from the lifeboat.

At 5:40 p.m. the lifeboat took the victim in tow and by 7:12 p.m. the yacht was safely moored in Dromineer harbour.

“If you’re alone on the water, let someone know your plans and when you expect to arrive at your destination.”

NORTHWOODS WILDLIFE RESCUE: What is bird flu and what type of bird gets it? – Enterprise Park Rapids