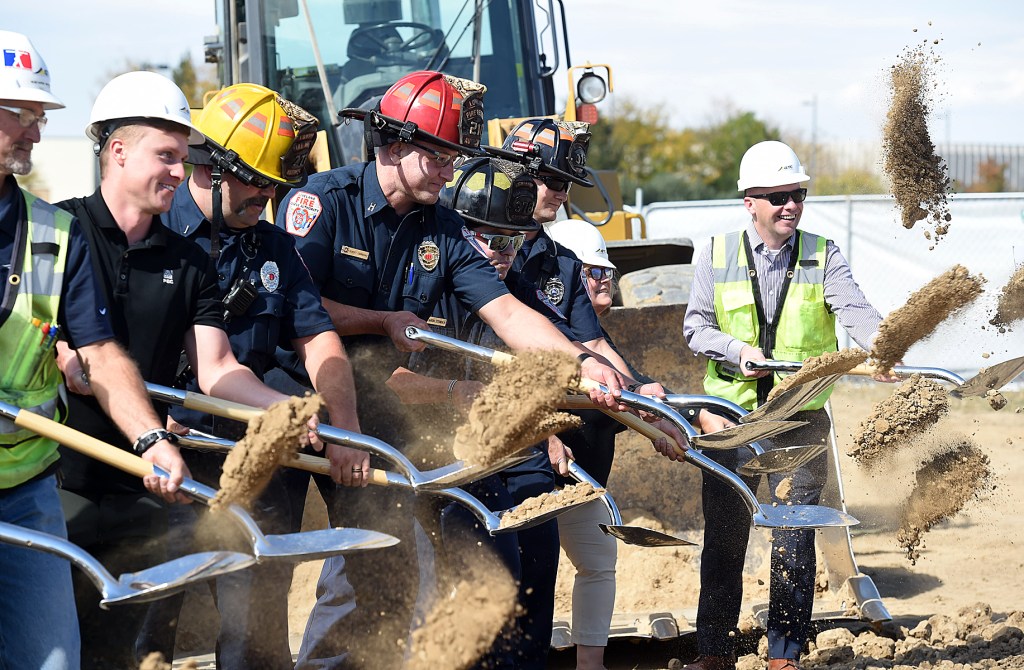 Loveland Fire Rescue Authority officials stood alongside Loveland and Johnstown officials as well as construction and design crews on Wednesday as they innovated on the land that will ultimately house LFRA 10 station.

Former Fire Chief Mark Miller said earlier this year that the Fire Rescue Authority officially accepted the land just east of Scheel from the Gerrard family of Loveland on February 11. In February, Miller said it was expected to cost around $ 7.5 million to build the station – $ 2 million more than an estimate given last July, which he said was due to the design of the the station has been expanded to house two businesses rather than one and overall construction costs are increasing.

Division chief Greg Ward said on Wednesday the station is expected to open by September 2022, but could be ready sooner depending on construction. He said a big part of how quickly this will happen is the availability of materials needed for construction.

During the groundbreaking ceremony, a crowd heard from local authorities before the first section of land was dug for construction.

Johnstown Mayor Gary Lebsack said the new station is an important step in improving response times across the region for those in need.

“Thank you all for recognizing that there is a need for the station and you are all working to make it a reality,” he said, later adding “It’s just great for everyone. world.”

Ward, Division Chief Ned Sparks, LFRA Board Chairman Jeff Swanty and Miller all thanked the team involved in making the resort’s dream come true to the point of innovating.

Special thanks were also sent to the Gerrard family for the donation of the land.

“It was a wonderful gift to give to the LFRA,” Swanty said. “And not just the firefighters, but the whole community. “

Gary Gerrard, as he has mentioned in the past, said his reasoning for giving the land for the station was for his family’s legacy and their service to the fire department; this includes his father, Charles, and his brother, Greg, both of whom worked as firefighters at Loveland. Gary Gerrard himself served on the Loveland Rural District Fire Protection Board of Directors for approximately 14 years.

He said that although times have changed in the industry, a lot has stayed the same, especially the sacrifice of the firefighters.

“All (these firefighters) are willing to risk their lives for other people,” Gerrard said. “When that call comes in and there’s a wreck on the freeway in the middle of the night in a snowstorm and there’s ice on the freeway, these guys go, and I get it. have seen it a hundred times. “

Miller, who said he was a longtime friend with Gerrard, said the family donated the property because of what the station would represent.

“Just because we were buddies didn’t mean he said, ‘Hey, I’m going to do Mark a favor.’ They did it because of the legacy they want to leave for their families, ”Miller said. “I feel like such a blessed guy.”

Swanty said the project couldn’t be done without the community around the station, connecting Loveland, Johnstown and the whole area. He added that this was the second celebratory event for a Loveland-based entity opening a site in Johnstown, with the Thompson School District opening its Riverview School in Johnstown in August. He said the two projects show the connection between the areas.

The new fire chief Tim Sendelbach, like all the speakers, thanked the team who worked on the project and made it happen. He said he would be remiss if he didn’t recognize Chef Miller and everyone who gave him the opportunity to join “such a great team.”

Sendelbach said that for the Gerrard family, the station will carry on their family’s legacy and, when completed, become more than a building as the LFRA strives to properly prepare the future team at Station 10.