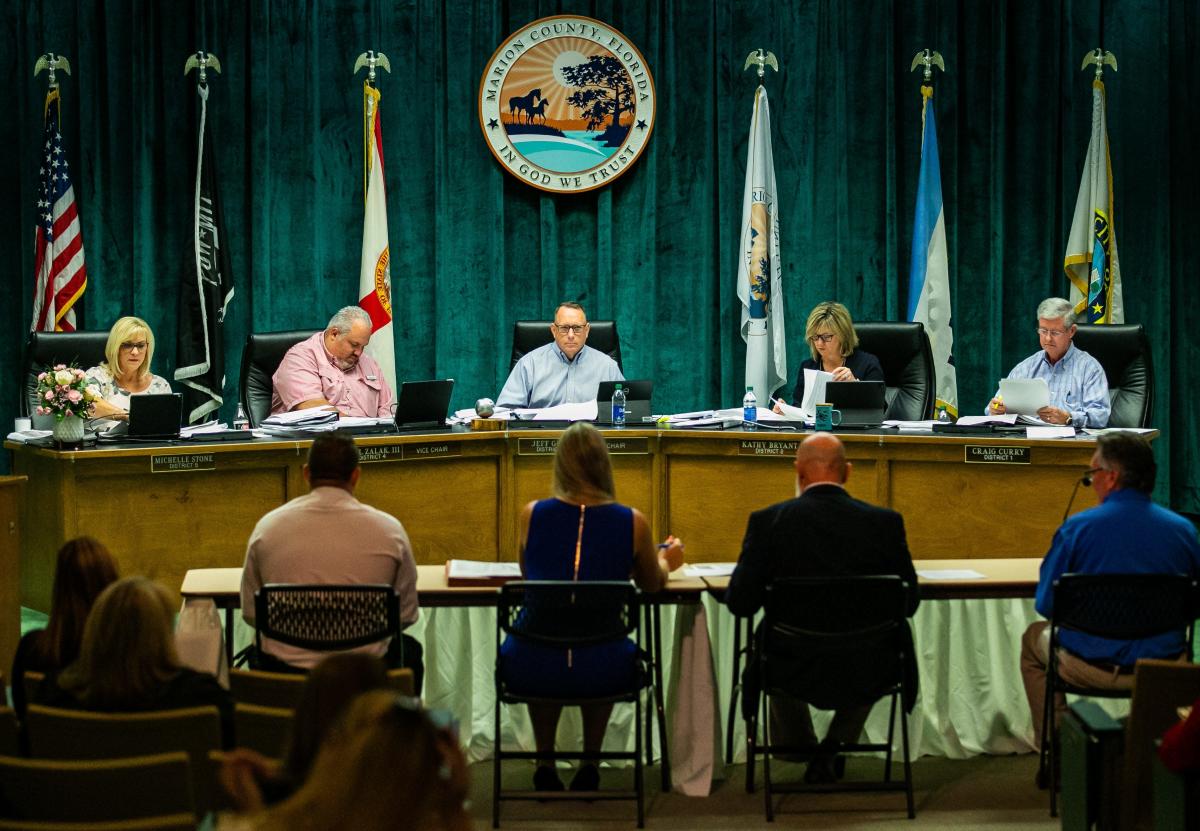 At the Marion County commission meeting on Tuesday, commissioners voted on several items to benefit nonprofits and the people they serve.

The commission not only approved Interfaith Emergency Services’ request to purchase several supportive housing units to help the homeless population of Ocala, but it also approved a nonprofit grant program of 2 million dollars and a $ 2 million affordable housing program with American Rescue Plan Act (ARPA) money.

At the committee meeting on October 5, the board asked to hear proposals from the county’s community services department and the Community Foundation, an organization that helps connect donors and nonprofits. , on how to use the remaining $ 4 million of the original $ 71 million in ARPA funding. has received.

Community with a heart: Ocala / Marion County Reaches Out Again to Help Those in Need

The commissioners decided to approve the ministry’s plan, which will set aside $ 2 million for a nonprofit subsidy program and $ 2 million for an affordable housing incentive program. The Community Foundation will be used as a partner for certain services in order to avoid the county having to hire additional staff.

“We want to work closely with the county through community services to achieve these strategic goals,” DeIorio said. “The community service department has a plan that we’re working very closely with and it’s really a great plan, so I think they’re the ones who really should be taking the lead. “

The commissioners underscored their intention to increase the capacity of nonprofit organizations in the rural and unincorporated county of Marion and called for them to be given priority.

“Developers are asking for help to bridge this gap, and part of their development is set aside for affordable housing,” she explained. “Not all of the development, maybe one or two, three houses in the development.”

The Non-Profit Subsidy Program and the Affordable Housing Incentive Program will be implemented over the next few years and completed within five years.

The board of directors also gave the green light for Interfaith to purchase a 14-unit complex northeast of 14th Street at Arnette House, a non-profit organization providing programs and services to youth and families in risk.

Permanent supportive housing aims to provide residents with a place to live independently while receiving some support, such as case management and trauma therapy. Interfaith currently has one such duplex which houses six women.

Five of the units will be made available to take the homeless off the street, while one will be reserved free of charge for a law enforcement officer in exchange for monitoring the property. The remaining eight units currently offer low-rental housing to families and will continue to do so for the time being.

“We did it well and better than I expected, and that was our training,” said Interfaith CEO Karla Greenway of their first duplex. “We have kept this property. We took care of the people there. People thrive there. There was no violence. There hasn’t been any police call, and we just want to duplicate that in those five units to help a few more people.

Members of Ocala City Council and Mayor Kent Guinn previously opposed Interfaith’s attempt to operate an open-air homeless shelter on its property. The mayor spoke to the committee on Tuesday, noting a number of arrests for violence, theft and drug use near Interfaith.

“I think you need to know exactly who will be the customers who will be living there,” he said. “If these are the ladies that, you know, Interfaith takes care of, that’s wonderful. There is no problem with that. It’s the people outside of Interfaith, that’s the problem.

Greenway assured the commission that a maximum of 11 tenants in the five units will be the most chronically homeless and at risk.

The verification process will begin with building relationships and trust with the homeless and will include responding to needs such as mental health counseling and medical treatment.

No active drug use will be permitted in the units and they will be unisex, with the exception of married couples. Interfaith could potentially transform some of the eight units with families, but not all, into supportive housing units. A room in one of the units will also serve as an office for an on-site case manager.

“There is a great need there, and I think that we are doing something really great to make this unit shelter those who are there and give these other people the possibility of housing,” said the commissioner. Michelle Stone.

The county had to approve the transaction because it originally purchased the building with money from the Department of Housing and Urban Development. The county has agreed to provide $ 475,000 in State Housing Initiatives Partnership (SHIP) funding for the purchase, and Interfaith will also assume an existing SHIP mortgage of $ 720,000.

Commission President Carl Zalak noted that future funding would depend on Interfaith’s performance.