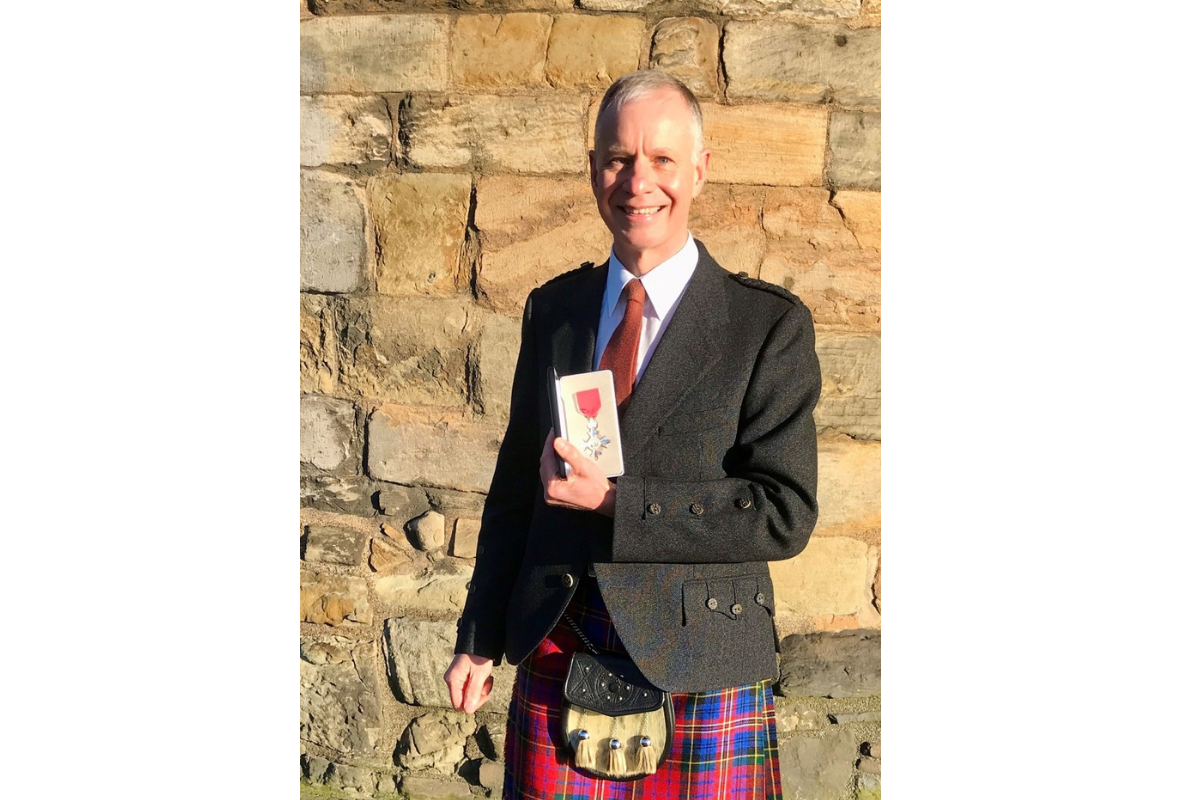 A SELKIRK man has finally received his MBE at the Palace of Holyroodhouse for his voluntary work with mountain rescue teams.

The 61-year-old, who works with NHS Lothian as a training adviser, is a volunteer responder leader with the Lifelines team at the Rivers Center in Edinburgh.

It helps support the physical and mental well-being of volunteers and emergency responders.

Stephen, a father of three, lives in the Borders with his wife Sarah.

He said: ‘You cannot volunteer as a speaker without the support of your family and during the MBE Investiture at the Palace of Holyroodhouse, Sarah was by my side throughout – just as during the years of volunteering.

“I grew up in a rural area and it has always been important to me to give back to my community.

“I was inspired to join mountain rescue after meeting volunteers at an emergency services open day.

“My greatest sense of accomplishment comes from knowing that you helped someone in times of need. I have found that the skills you learn as a mountain rescue volunteer are also very valuable in other aspects of your life, including your daily job.

Stephen was awarded the MBE in the Queen’s New Year Honors List in 2019 but due to pandemic restrictions has been unable to receive it so far.

In 1959, Stephen’s grandfather received an MBE from Her Majesty Queen Elizabeth II for his efforts during and after World War II, as well as for his voluntary work as a special constable.

Stephen said: “Community was really important to my father and grandfather, and they instilled that in me. It was an honor to receive an MBE, especially sixty years after my grandfather received his.

Gill Moreton, Head of Lifelines for NHS Lothian, said: “Stephen brings a wealth of knowledge to his role at Lifelines, including his long and extensive experience volunteering in mountain rescue. The Lifelines and Rivers teams are delighted for Stephen who is finally receiving his MBE.

DENMARK CITY COUNCIL: Councilor wants to discuss use of US relief funds | Government and politics