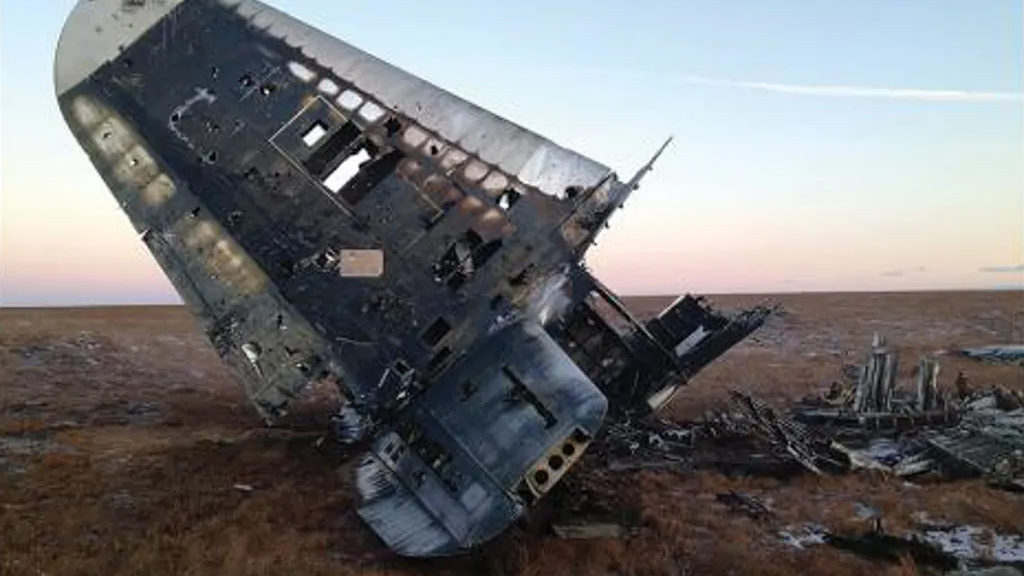 The crew’s mission was to patrol US airspace, check navaids and document sea ice, according to Verdie Bowen, director of the Alaska Bureau of Veterans Affairs.

About 200 miles west of Nome, the crew encountered two Soviet MiG-15 fighter jets, which fired on them. They attempted to hide in the cloud cover, but the MiGs managed to disable one of the patrol aircraft’s engines and the crew crashed on St. Lawrence Island about 9 miles to the south by Gambell.

David Assard, the navigator, described the landing in an interview with Alaska Dispatch News in 2015.

“The landing was as beautiful as you could imagine, with the notable exception that because we had no wheels and there were a lot of rocks and boulders on the shore, they broke the central reservoir,” Assad said.

He said the fuel ignited, causing a fire inside the plane.

“When the plane decelerated, the fireball didn’t slow down, and it rolled forward and burned everyone,” Assard said.

June Walunga, daughter of one of the National Guard members who responded to the crash, remembers being at Gambell and seeing the plane go down.

“I was seven years old and I remember the noise and the plane passing over Gambell,” she said. “It was a thunderclap for us. You know, we never heard that kind of sound back then. And it’s right there, very close to your head. And shortly after, I saw smoke.

None of the crew died in the accident, but all suffered injuries including burns, shrapnel and gunshot wounds.

Staff Sgt. Clifford Iknokinok and three other members of the Gambell First Scout Battalion were hunting seals nearby and headed for the crash site as Soviet fighters continued to circle overhead. After realizing they lacked the necessary equipment to help the aircrew, Iknokinok set off for Gambell to gather additional help. Before arriving at Gambell, however, he met several of his fellow National Guard members, who were already on their way to help.

Members of the National Guard used umiaks to bring the injured crew back to Gambell. June Walunga remembers their arrival in town.

“I remember I was holding my mother’s hand, and we were walking towards the beach where the boats were coming in, and they were carrying these people on stretchers up the beach. Some had bandages wrapped around them and their arms; some of them were halfway up their shoulders,” Walunga said.

After arriving at Gambell, the crew’s injuries were treated. A team from Elmendorf Air Force Base picked them up two days later. Bowen says it was only thanks to the quick action of the Gambell First Scouts that the 11 crew members survived.

But if all of this happened in 1955, why is the National Guard awarding medals in 2022? There’s a simple reason, according to Bowen.

“In 1955, there (were) no peacetime medals in the active army or in the National Guard,” he explained.

Brigadier General John Noyes presented members of the Gambell First Scout Battalion with letters of congratulations for their actions.

“For that era, it was appropriate for 1955 and, really, it was the only thing it really had to offer in its awards branch,” Bowen said.

In November of the same year, the United States Navy also recognized the Gambell First Scouts by awarding honorary naval aviator designations to Master Sergeant Willis Walunga and Staff Sergeant Clifford Iknokinok, the senior members of the unit. . The other members received letters of appreciation from the Navy.

The awards ceremony was originally scheduled for July 9, but due to inclement weather, Veterans Bureau and Alaska National Guard personnel were unable to land at Gambell that day. The National Guard and Bureau of Veterans Affairs say they will work with community and family representatives to reschedule the event.