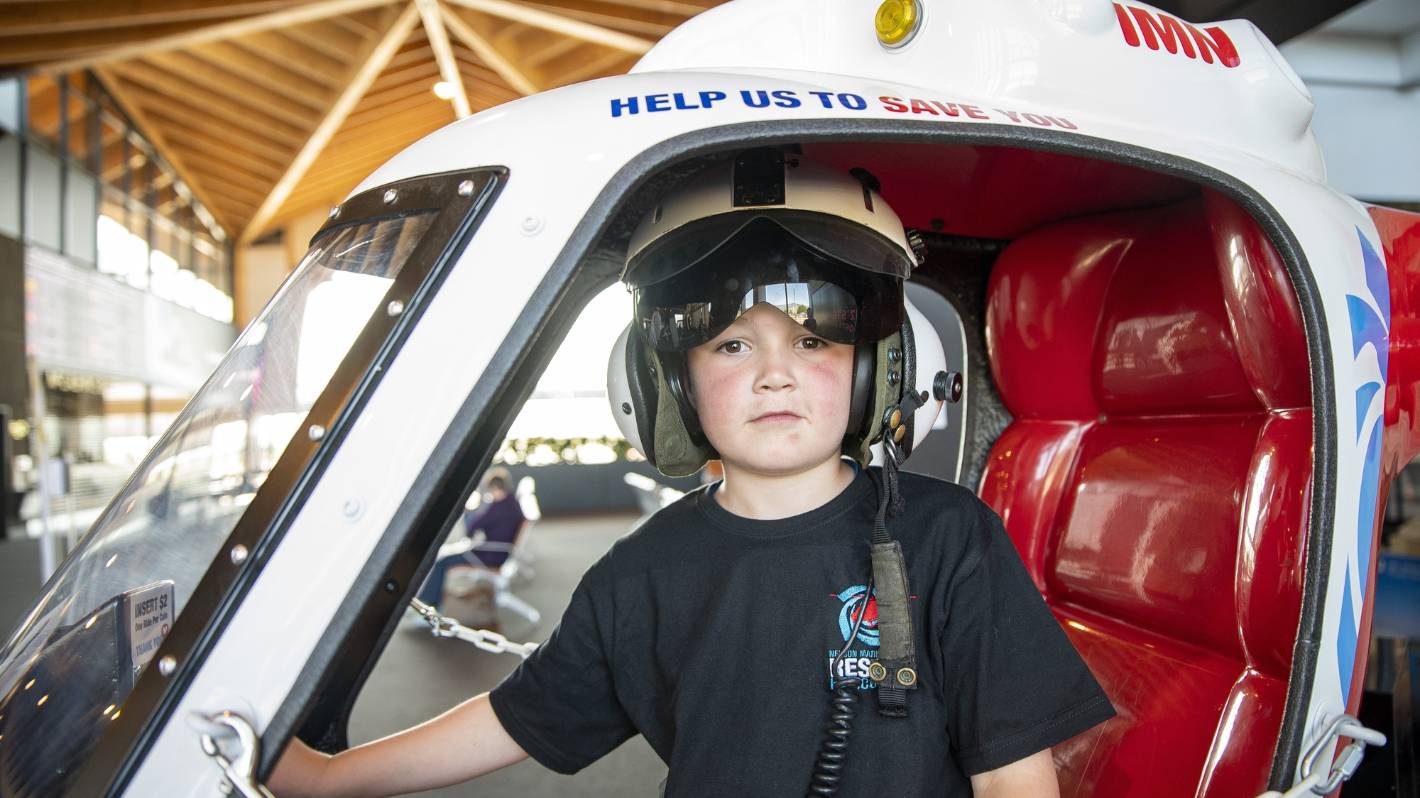 Brooklyn Bill, 5, has previously given his personal approval to the coin-operated helicopter flight.

A new helicopter has landed at Nelson Airport, but this one runs on parts, not fuel.

A prepaid rescue helicopter has been set up in the departures area of ​​Nelson Airport to mark the start of NBS Rescue Helicopter Call Month.

The ride accepts $ 2 coins and will remain at the airport for the entire month of October. And while this helicopter cannot fly, it climbs quite high and comes with its own helicopter pilot helmet.

READ MORE:
* Hypothermic and mind-blowing, the locator beacon has become the lifeline of the missing tramp
* Initiative to provide the community with vital survival blankets
* Tourist passport encouraging locals to visit their backyards

Due to the ongoing Covid-19 pandemic, the organization’s finances have been affected for the second year in a row, Muddle said. Fundraisers and donations contribute more than half of the amount it costs to keep the helicopter in the air.

Last year, the appeal was successful in raising $ 53,000. This year they want to exceed that amount if they could, but ultimately the goal was to raise as much as possible.

NBS Managing Director Tony Cadigan said NBS aims to make a meaningful contribution to the community and to support the Nelson Marlborough Rescue Helicopter Trust aligned with this.

The helicopter flight was originally located inside a Hawke’s Bay hospital. When the ride became available, Muddle asked Brook’s Auto Painters in Richmond to restore the children’s ride to look like a real chopper.

The painters went “above and beyond,” Muddle said, with 40 hours spent restoring the helicopter to look like a Nelson Marlborough Rescue Helicopter “mini-me”.

A pilot has already given his personal “thumbs up” to the helicopter.

Brooklyn Bill, 5, said he liked the way the helicopter climbed and descended. He particularly liked the helmet.