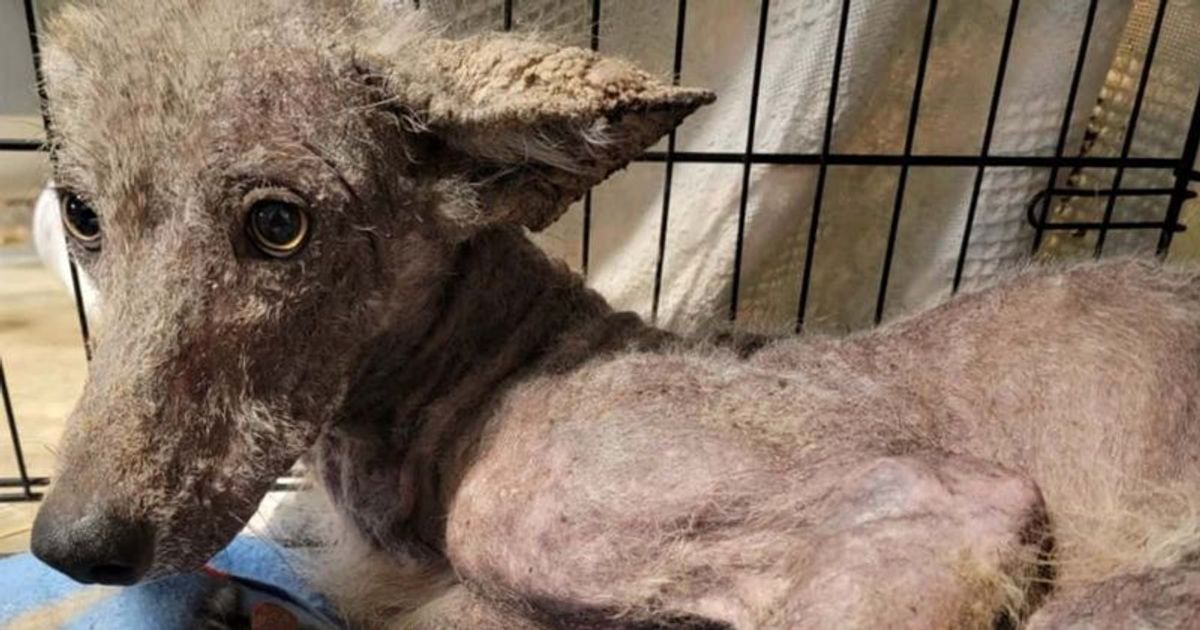 Mystery Solved: Animal Escaped From Pennsylvania Shelter Is A Coyote, NOT A Dog

A mysterious animal that escaped from the Pennsylvania animal shelter has been identified as a coyote. When the animal was at the shelter, its identity was unknown and the doctor thought it was a dog.

A DNA test was conducted to find out the species of the unusual animal and a wildlife hospital in Pennsylvania announced the test results, it was just a 100% coyote and not another species. While the animal was brought in for treatment in January, it escaped from the facility and has yet to be relocated.

When the animal was first found by the animal shelter, it was very weak, severely malnourished and suffered from numerous skin diseases which caused it to lose most of its fur. The doctor thought her skin condition was scabies.

Wildlife Works, an animal sanctuary in Mount Pleasant, is treating the animal and they posted an update to the story on his Facebook page on February 14, 2022. According to the post, he just received DNA test results and confirmed that the animal was 100% coyote. This means that the sick animal is definitely not an extinct animal.

They wrote. “The results are in! Our ‘mystery animal’ DNA sample has returned, 100% coyote! Thanks again to everyone who has supported us and followed this story. We are so grateful! #wildliferehab #wild #wildlife #wildliferescue #coyote”

Wildlife Works located in Youngwood, Mount Pleasent, is an animal sanctuary and charity that was officially opened in 2020 and specializes in deer, raccoons, mammals and RVS species. They work closely with the veterinarian to provide the best facilities for the animals.

The hospital previously released information about the coyote on January 24, before the animal was identified.

In the post, Wildlife Works wrote: ‘We are still awaiting the results of the DNA sample. He is much better now and much more alert than when he came to see us last week. He still doesn’t show extreme signs of aggression, but is rather defensive.

The post also included a photo of the coyote, although its species is unclear from the photo. The animal was extremely malnourished and incredibly thin, making it difficult to tell if it was a coyote or a dog. He was also missing a lot of his fur.

Towards the end of January, the coyote escaped from the facility. According to Fox 8 reports, he was able to chew on a window seal and a screen before heading to freedom. A hospital employee found scratches and other damage in the area of ​​the hospital where the animal was housed.

Hospital workers set traps in the area. They also left the doors of nearby barns open and provided plenty of hay, hoping the coyote would take shelter from the cold. So far he has not been spotted in the area.