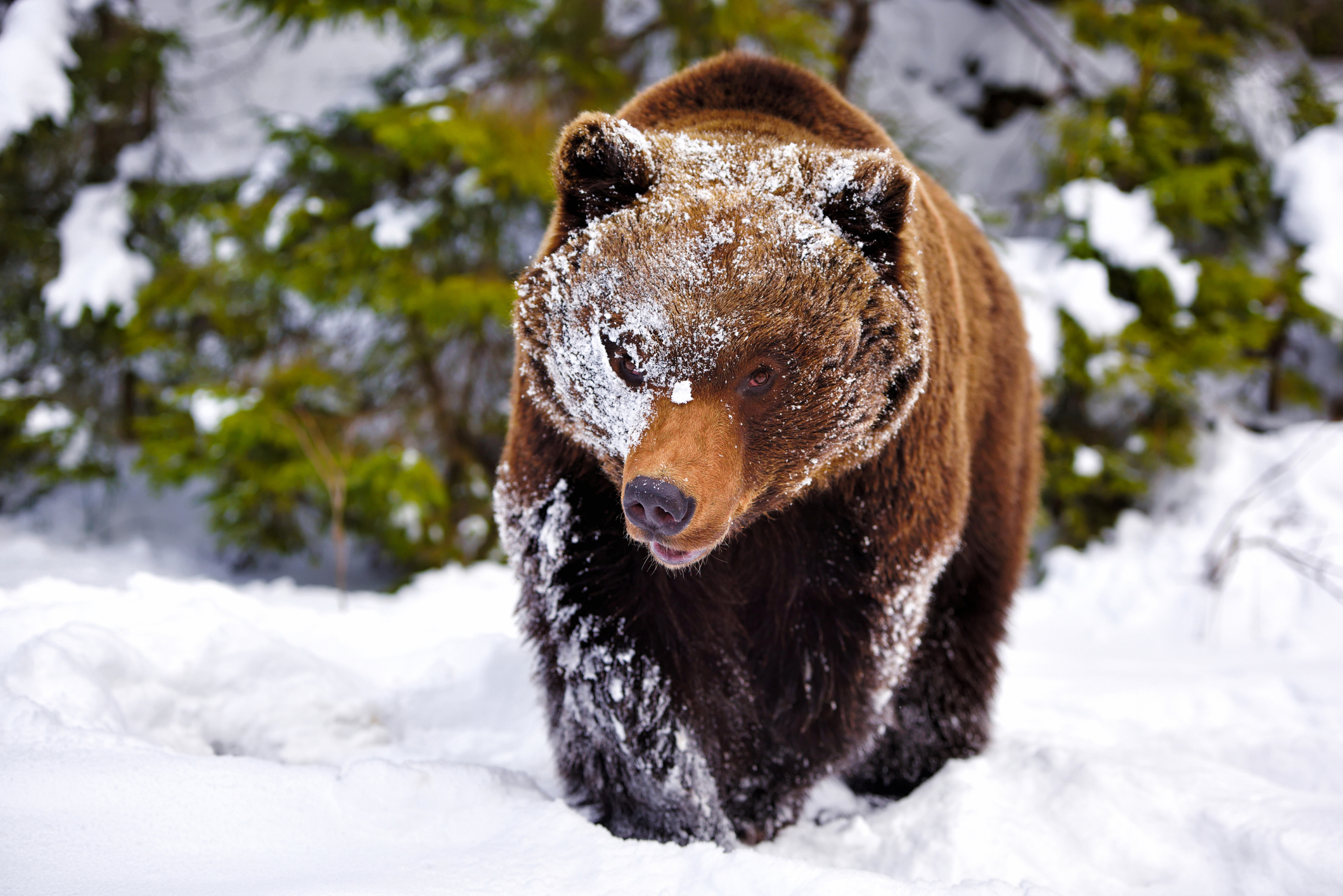 An orphan bear has been filmed happily rolling around in the snow at its enclosure in upstate New York.

The video was taken at the Orphaned Wildlife Center in Otisville, New York, and posted to YouTube on February 4.

It showed one of the many bears rescued by the shelter rolling in the snow. Another can be seen in the background also in the snow. The two animals are later seen returning to a den made for them inside a building in the center.

“It was so cold the bears wouldn’t leave their den. They did for a LITTLE time yesterday!” The caption of the video read.

The center said in a Facebook post that the two bears were Randy, a 23-year-old male Syrian brown bear, and Rosie, a 23-year-old female Kodiak grizzly bear.

The center said it rescued a total of 11 bears of various species, including grizzly bears and Syrian brown bears.

Some, like the grizzly bear, go into partial hibernation during the winter months. During this time, their body enters a state of torpor, which slows down their basic functions, such as their heart rate. Bears’ metabolism can slow down by 50-60% during periods of hibernation.

In the wild, this state of torpor helps them to go long periods without hunting and to live off body fat stores accumulated in the spring and summer when prey is most plentiful. North American bears typically emerge from their dens in April or May.

The Orphan Wildlife Center differs from a zoo in that it does not offer viewing facilities to the public. The center said on its website that it does not aim to keep the resident animals permanently in human care, but hopes to release them into the wild after the rehabilitation process.

The center was created after founders Susan and Jim Kowalczik rescued a young black bear they named Frank, who was brought to them paralyzed and in a coma after being hit by a car in 2012.

The rehabilitation work carried out by the center is essential to its plans to release animals back into the wild, as orphaned animals like bears may not have learned the key skills needed to survive away from human care.

Grizzly bear cubs, for example, typically stay with their mother for two years in the wild, learning survival skills from her before separating.

Of the 11 bears collected by the Orphaned Wildlife Center, eight are Syrian brown bears considered an endangered subspecies. The center said it took them in after plans to launch a breeding program with the animals to protect the species failed.

Dogs for adoption at Little Shelter Animal Rescue on February 18