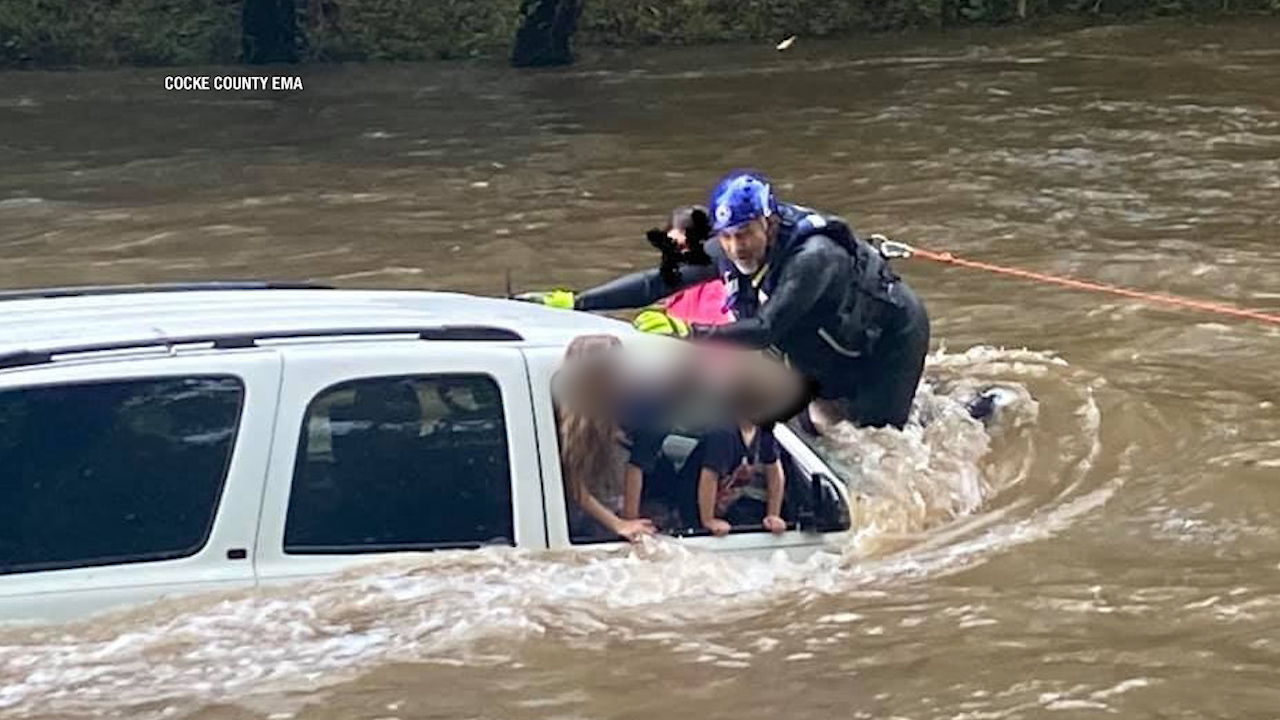 COCKE COUNTY, Tennessee (WATE) – It started as an idea last summer, but it could be why a woman and four children are alive today. The Cocke County Whitewater Rescue Team, as well as several agencies in the area, managed to get the five to safety Thursday night.

Videos posted on the Cocke County Emergency Management Agency’s Facebook page show the accuracy of their newly formed specialist unit. The 911 call arrived around 5 p.m. Thursday. A spokesperson for the Cocke County Sheriff’s Department confirmed the driver was stranded on an island in the French Broad River.

Normally, he noted, the water is low enough that a truck or SUV can easily pass through. This time it was not. Later, the crews would transport all five, including an infant, away from the rushing waters one by one.

It was a job well done, especially for their first mission.

The county has had a water rescue unit for less than a week. The volunteer members of the county and city teams just completed their training last Sunday. Walter Cross, CCSWR team leader and captain of the Grassy Fork Volunteer Fire Department, said the training has paid off.

“Our guys all felt ready,” he said. “They were willing and able, and they proved it. Excellent work. Fantastic job. These four children and this adult are safe today because of this.

Over a year ago, county officials saw the need for a specialized rescue group. County Mayor Crystal Ottinger said the fact that three rivers flow through the county is both a blessing and a curse. While it brings economic benefits, via tourists taking advantage of fishing and rafting opportunities, it also carries risks and sometimes tragedies.

“Along the water the roads are very narrow,” she said. “We had vehicles, you know, pulled off the road or flooded. They didn’t realize it and weren’t swept away, so it was very important for the EMA director and I to really focus on building that team and putting plans in place.

The timing was potentially life-saving, but it’s no coincidence for deputy Randy Forbes, who also serves as CCSWRT team leader.

“I don’t really believe in luck. I believe this is an orderly, preordained situation where we have been called to do the work that was done yesterday and we are ready to be called again, ”Forbes said.

Ottinger congratulated the volunteer members for completing their training as soon as possible. She noted that they could have chosen to terminate their streams next year when the water was warmer. This scenario could have given a different result for the five stranded Thursday night.

“Knowing that they weren’t going to wait, they were ready, they knew that if they waited for something could happen… it was a very proud time,” she added.

Ottinger also credited the County Commission with funding the initiative, including the necessary equipment and training.

Joe Esway, director of the Cocke County Emergency Management Agency and director of CCSWRT, reminded drivers to always turn back if the road ahead looks questionable.