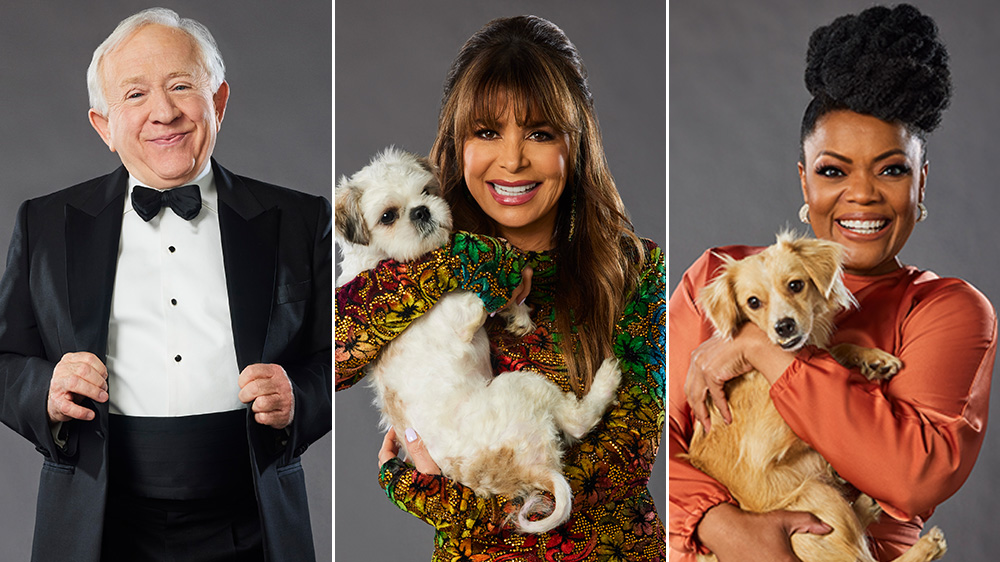 The best of the show just got even better.

The show features rescued puppies from across the country as they “strut” and compete for a series of titles, including best underbite, best snore, best belly rub and more. . For each winning dog in all seven categories, a $10,000 donation will be made by Petco Love to a local animal welfare organization. Each category winner will compete for the title of top lifeguard, culminating in a 0,000 donation.

“In these difficult times, animals have never had such a significant impact on our well-being,” said “Animal Rescue Dog Show” creator Michael Levitt. “Now more than ever, it’s time to give rescue dogs their moment in the spotlight. This show’s cuteness overload is going to be off the charts and I can’t wait to show America just how much the dogs of rescue are special and the profound ways they enhance our lives when we include them in our families.

Netflix has released the first images from “Boo, Bitch,” an upcoming limited series starring Lana Condor as Erika Vu, who one morning learns she’s a ghost. The series is co-created by Tim Schauer and Kuba Soltysiak, who EP alongside Condor, Jonathon Komack Martin, Blake Goza and Jamie Dooner. Erin Ehrlich and Lauren Jungerich are co-creators and showrunners. The cast includes Zoe Colletti, Mason Versaw, Aparna Brielle, Tenzing Norgay Trainor and Jason Genao. “Boo, Bitch” is made up of eight 30-minute episodes and will premiere on Netflix on July 8. Check out the first images from the series below.

HBO has released the official trailer for Season 2 of “Pause With Sam Jay”. The late-night talk show is hosted by Emmy-winning comedian Sam Jay, who presents the show from his own apartment. Jay also produces the series with Prentice Penny, Chris Pollack, Langston Kerman, Suzanne Fagel, David Martin and Kara Baker. The second season will consist of eight episodes and will air on May 20. Watch the full trailer below.

“Terror Train,” a new remake of the cult classic 1980 horror film, will premiere on Tubi in October, the streamer has announced. Produced by Incendo, the film stars Robyn Alomar as a college student who boards a party train with her friends for a Halloween celebration, only to fight for her life when a mysterious mugger begins to kill the party goers one by one. Tim Rozon also stars in the film, which is written by Ian Carpenter and Aaron Martin and directed by Philippe Gagnon. Graham Ludlow, Shari Segal and Brook Peters produce “Terror Train”.

“Global Titans Dubai”, an exhibition tournament featuring several world-renowned fighting stars, will be produced by NEO Studios, the company announced on Wednesday. The event will feature an eight-round exhibition match between undefeated boxing champions Floyd “Money” Mayweather and “Dangerous” Don Moore, as well as matches between Anderson Silva and Bruno Machado, Badou Jack and Hany Atiyo, and Delfine Persoon. and Elhem Mekhaled. The event will be broadcast worldwide on the premium digital screening service LIVENow and will be sold via NFT. Alex Rudzinski is director of live streaming, while Chris Wagner is executive producer of the event. Melanie Capacia Johnson and Anouk Mertens are executive producers for NEO Studios. NEO Studios will also be filming pre-fight and behind-the-scenes events for future documentaries and potential projects.

WWE has named Suzette Ramirez-Carr its new Chief Human Resources Officer, reporting to Chairman and CEO Vince McMahon. Ramirez-Carr joins WWE with nearly 30 years of leadership experience. Previous roles include senior positions at UTA and Oaktree Capital Management. A graduate of the University of Michigan, Ann Arbor and the University of California, Irvine, her new role will include overseeing talent acquisition, experience, development and employee engagement, as well as operations and HR training.

Season 2 of “Top Gear America” ​​will premiere July 1, Motortrend+ announced Thursday. Based on the American format of the BBC Studios show, Dax Shepard, Rob Corddry and Jethro Bovingdon embark on the series with a special two-episode premiere that sees them explore the roads of Montana and travel to the Pacific Northwest. . Produced by BBC Studios Los Angeles Productions, Craig Armstrong serves as showrunner and director Travis Shakespeare produced the series for BBC Studios. Valerie Bruce is Managing Director of BBC Studios LA Productions. Levi Rugg is executive producer of MotorTrend+. Mike Suggett is responsible for programming and development. Alex Wellen is Global Chairman and Managing Director of MotorTrend Group.