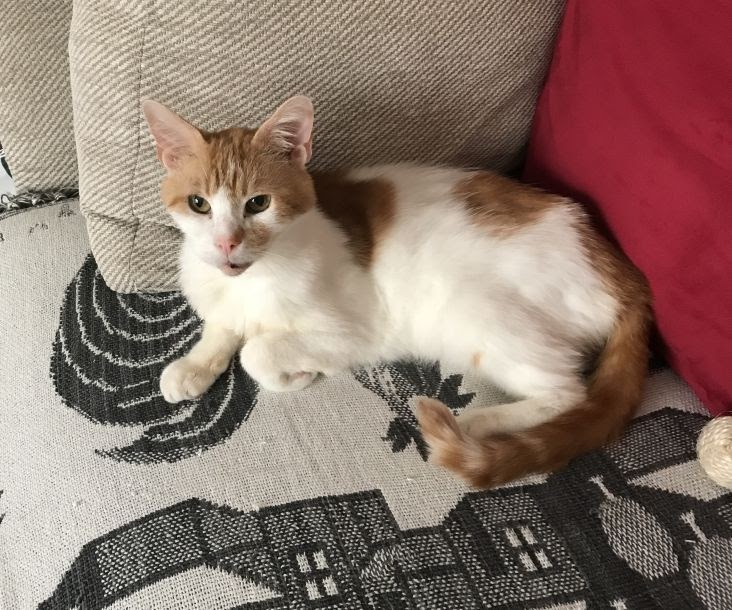 The RSPCA hopes to find a loving home forever for the rescue cat Charles after he has been in the care of the charity for more than ten months.

Charles was placed in the care of the RSPCA Newbrook Farm Animal Center in Frankley in January of this year because his former owner could no longer care for him.

The ten year old ginger and white cat was very skinny and suffered from a few medical issues that needed to be addressed before he could be relocated.

He suffered from dental disease and an ear infection, but after months of treatment and TLC, Charles is now back to good health and is ready to be returned home forever.

Emma Finnamore, Cattery Supervisor at RSPCA Birmingham, said: “Poor Charles hasn’t had much interest yet despite being ready for relocation since July.

“He’s a golden oldie boy looking for a quiet retirement home. He was a little shy at first, but his foster family say that with a little care, he quickly came out of his hiding place to make a fuss.

“He is a very affectionate cat and will follow his foster carer everywhere, especially in the kitchen when he wants food. He loves to make a fuss and loves to be brushed, especially his chin and stomach. Charles enjoys company and doesn’t like being alone for too long.

“One of her favorite things is lying next to you on the sofa. He sometimes has half an hour of play where he zooms in, but the rest of his time he spends curled up and sleeping.

If you would like to gift Charles a new home, please download a Perfect Match Form and email [email protected]

To help the RSPCA continue to save, rehabilitate and relocate animals in desperate need of care, please visit our website or call our donation line on 0300 123 8181.