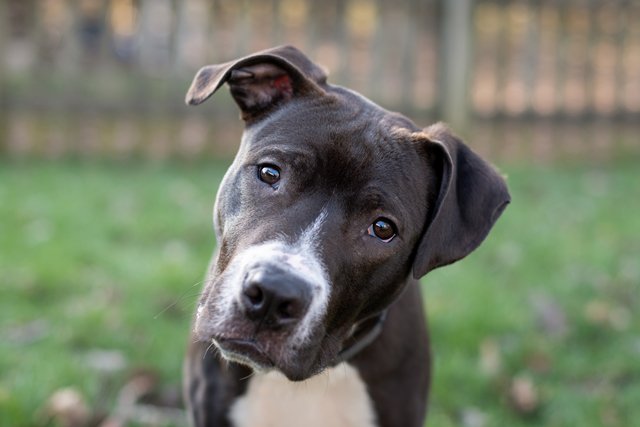 Sunday story: Save me – richmondmagazine.com

I met my best friend when he was the victim of a hit and run on a freezing night in November 2019. I was sitting in my house in South Richmond when I heard the crash of metal on flesh and the cry of a wounded and terrified dog. . My husband, dressed for the weather, rushed outside and found the dog curled up in the ditch across our busy street. He called out softly, but the animal took off in an adrenaline-fueled sprint away from the street – his right hind leg hanging needlessly behind him – and was soon out of sight.

Further help came when Animal Care & Control in Richmond (RACC) volunteer, who had seen the accident, pulled over in her car and said she would help get the dog to safety. The chase ended when the dog, now a member of our family named Ferdinand, collapsed in a nearby front yard. The volunteer transported Ferdinand to veterinary centers in Virginia, where he received emergency care paid for by RACC. Miraculously, the crash may have indirectly saved Ferdinand’s life; a surgeon also removed an unsightly growth to make it attractive for adoption, and a biopsy confirmed that the growth was cancerous. We adopted Ferdinand after unsuccessful attempts to find a former owner, during a long process of rehabilitation. Almost two years later, he is healthy and happy.

The tale of Ferdinand is presented in “Rescue in Richmond”, A book photographed and written by Ashley Dobbin Calkins, President of the Richmond Foundation for Animal Care and Control plank. The work features the stories of nearly 170 animal rescues – dogs, cats, a trio of cows and a friendly snake – in the Richmond area, most of them completed by RACC. All sales will benefit the RACC Foundation, a nonprofit organization that raises approximately $ 200,000 per year to cover emergency care for Richmond animals. Municipal funding for the RACC is limited to elective veterinary care and other operating expenses.

“I created the book I wanted to read, a book that focused on uplifting and original stories and filled with images of animals and places around town,” says Dobbin Calkins. “I love to promote rescue, but I really struggle with the heartbreaking stories.”

The stories in the book “promote a different tale than that of … ‘sad municipal shelter’ that scares people to consider a rescue pet,” she adds.

“Rescues in Richmond” highlights the new lives of many rescued animals that have made headlines in local newspapers. Flash, temporarily named Blue Skies during his time at RACC, is one of those famous puppies from Richmond. RACC received a call in January about a dog that had been left in a dumpster at Westover Hills residences. Flash was emaciated and covered in excrement. Her hips were curved down and her feet were splayed out, suggesting constant containment.

Jamie Frye was one of hundreds who reached out to RACC on social media to provide a home for the puppy. His family had suffered the unexpected loss of their dog earlier in January on the birthday of their 6-year-old son and were moved by the story of the stray.

“I didn’t expect to be chosen … when they had hundreds of people [interested in the dog]”said Frye,” but I like to say it was a perfect marriage. “

Christie Chipps Peters, director of RACC, asked Frye and her family to come meet Flash after meeting another family failed to bond. He immediately hugged Frye’s son, then said hello to the rest of the family, and the next steps were clear. He showed a wild and endearing side on his second day with the family, when he started to run quickly in the yard.

Flash is now in charge of the Fryes’ Great Yard in Chesterfield County, and the puppy, estimated at a year and a half, has gained 50 pounds in good health since January. The muscle he developed through regular activity corrected Flash’s stooped posture.

“We are seeing terrible cases of abuse and neglect that could easily harden your heart against humanity,” says Chipps Peters, but “there are thousands of people on our side, helping to restore our faith in it. humanity and save the lives we can. “

Buttercup, the rescue calf brought to the shelter by an RACC officer following reports that she was roaming North Side Richmond in May 2020, will attend the ‘Rescues in Richmond’ launch event with her adoptive family in Blue Bee Cider Saturday, September 25, from 5 p.m. to 7 p.m. Copies of the book are also available online.

Never miss a Sunday story: Register to receive the newsletter, and we’ll drop a new reading in your inbox at the start of each week. Keep track of the latest messages, search for the hashtag #SundayStory on Twitter and Facebook.