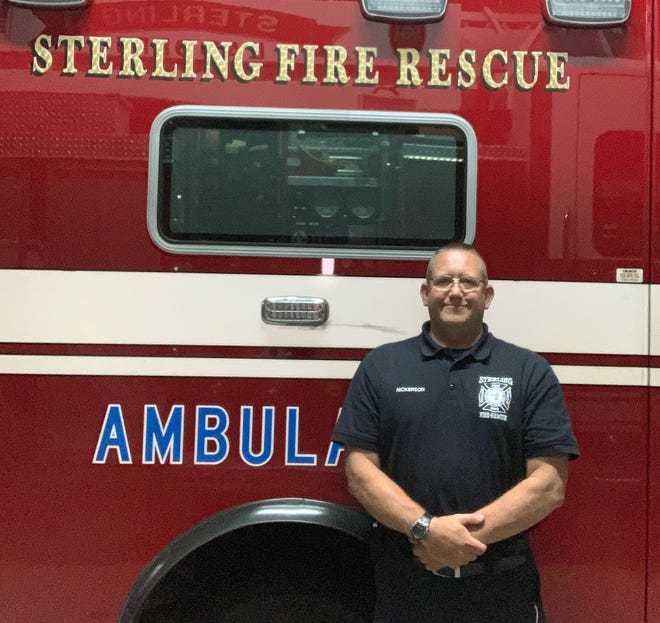 STERLING – For Robert Nickerson, his road started in Sterling … and brings him back.

Nickerson started his career as a volunteer EMT with Sterling EMS in 1994 and has kept his hand in the department all those years.

â€œI continued to volunteer until I returned to school and obtained my Paramedic Certification in 2000, then immediately began training as a firefighter. I was hired in 2003 as a Sterling’s first full-time paramedic, â€he said.

His career has taken him to many areas of service, including one that deals with water rather than fire.

â€œI quickly joined the Sterling Dive Team and became a certified lifeguard diver, and still am today,â€ said Nickerson. “Shortly thereafter, I was hired as a part-time paramedic by UMass / Memorial Worcester EMS, providing advanced life-saving assistance to the City of Worcester.”

â€œWhile working for Holden full time, I have always remained an active firefighter / paramedic for Sterling,â€ he added. “Holden sent me to Massachusetts Firefighting Academy, where I completed the 12-week career academy course in the top 5 of my # 190 class.”

Holden Fire being bigger and busier than Sterling, Nickerson said he received “an incredible amount of experience and specialized training / certifications”.

â€œOver the past five to six years, I have specialized as a fire and explosion investigator, investigating all fires to determine their cause and origin,â€ he said. “In some cases, I have had the pleasure of learning while working alongside the Massachusetts State Police assigned to the Office of the Fire Marshal.”

In early August, Nickerson was offered a full-time position with the Sterling Fire Department.

“As I continued to keep control of the operations of this department, I was amazed at the level of growth of the city, the increase in call volume, the experience and professionalism of the on-time staff. full, â€NIckerson said. â€œIt was a great opportunity for me to return to the department where I started my career, and to bring back and share some of the knowledge and experience that I have gained throughout my career. “