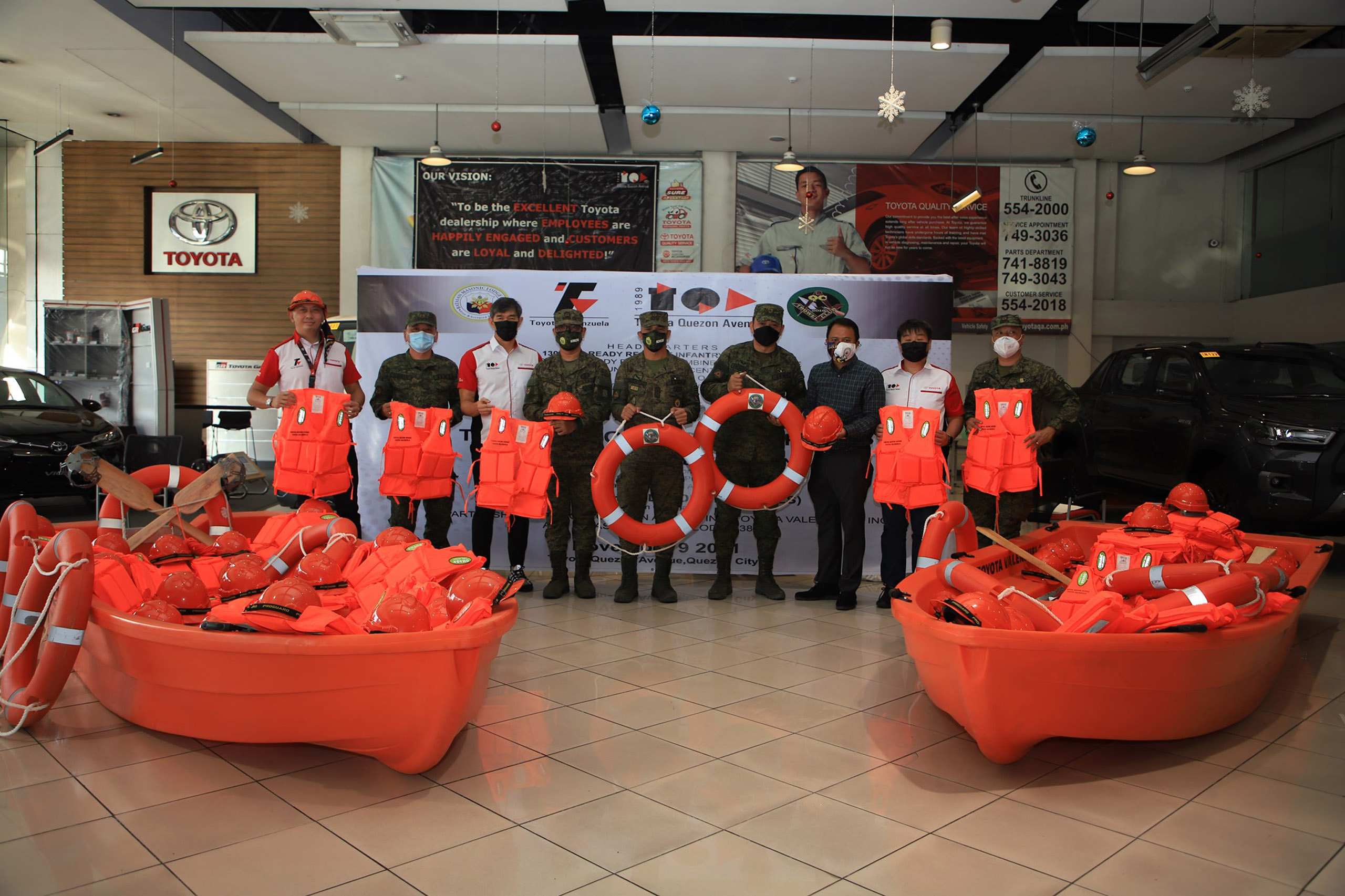 The Philippine military is now better equipped for disaster search and rescue operations. Toyota Quezon Avenue and Toyota Valenzuela recently donated Humanitarian Assistance and Disaster Response (HADR) equipment to the country’s armed forces. The donation to the Philippine Army was made in conjunction with donor partner Atty. Martin John Yasay of the Worshipful Master of Batasan Masonic Lodge 381 and Mr. Alexander Flores, President of the Quezon City Trowell Club.

Toyota Quezon Avenue and Toyota Valenzuela donated a total of 2 inflatable boats with paddles, 50 hard hats, 50 life jackets, 10 lifebuoys and 2 life ropes. Given the frequency of flooding in Metro Manila and across the country, the new equipment will help the Philippine military conduct operations, especially during the rainy and typhoon season.

“Because of this, we will be able to help people in our community in times of calamity through the efforts of your organization,” said Lincoln Lim, president of Toyota Quezon Avenue.

The HADR equipment was received by Major Jonathan Iloreta, Acting Battalion Commander of the 1302nd Reserve Infantry Battalion from Quezon City, as well as members of the 1302nd Community Defense Center, Regional Community Defense Group of the National Capital Region and the Army Reserve Command. Members of Batasan Masonic Lodge 381 and Quezon City Trowell Club were also present at the awards ceremony.