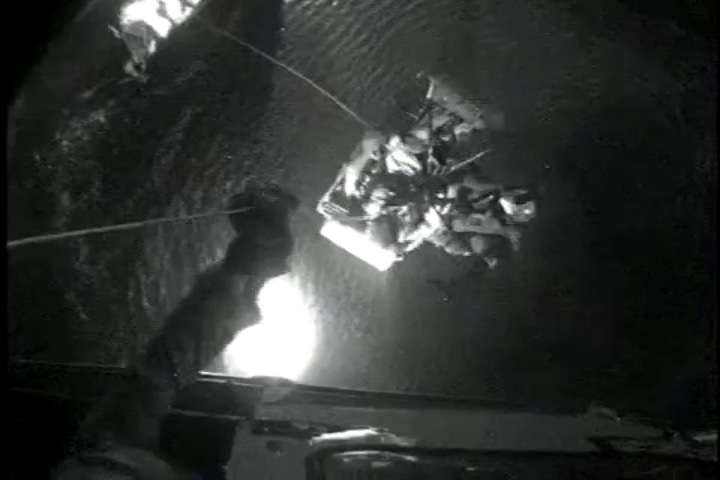 GRAND ISLE, Louisiana (WGNO) – A man was rescued by the Coast Guard after being attacked by a shark on the Louisiana coast in the wee hours of the morning.

Shortly before 1 a.m. on Friday, the New Orleans Coast Guard sector received a report from a fishing vessel about 35 miles southeast of Grand Isle.

Reports show that a 65-year-old crew member was unraveling fishing nets aboard the ship Moon Glow when it fell overboard. He was then bitten by a shark, partially amputating his leg.

The size and species of the shark are unknown.

After pulling him aboard, the crew members applied a tourniquet to the victim’s leg and called for help.

A helicopter rescue team was dispatched to the scene to evacuate the victim. Upon arrival, a Coast Guard swimmer administered first aid and applied a new tourniquet to the man’s leg.

The victim was airlifted to New Orleans University Medical Center where she remains in critical condition. He has not yet been identified.