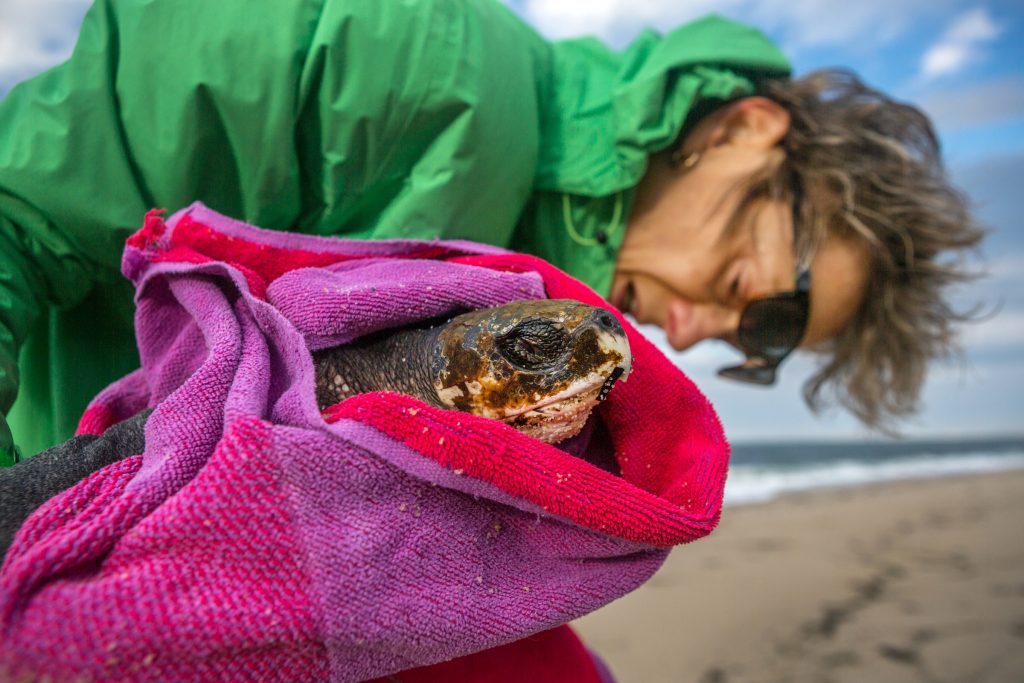 On a freezing, clear On December day, the early morning sun rises on the horizon as four pickup trucks pull up on the tarmac at Hanscom Field in Bedford, Massachusetts. Yawning, their breath turning to clouds in front of them, NOAA’s Kate Sampson, Marine Life Center’s Connie Merigo, and a handful of other turtle rescuers at the New England Aquarium, exit the vehicles to meet pilots Looby and Gisler. They strategize the loading process to get dozens of turtles off the ground as quickly and safely as possible. And this is only one phase of the process. Among the myriad details that need to be worked out are how many turtles the rehabilitation facilities need to move, what planes are available and their capacity, where the pilots are coming from, where they are going and who will be there to pick them up. . – until the turtles arrive at their destination.

The service provided by Turtles Fly Too is unique. Besides the US Fish and Wildlife Service, which has the power to move any endangered animal, “we have the country’s first and only license to fly sea turtles,” said Leslie Weinstein, president of the organization. . Turtles Fly Too started in 2014, the record year of strandings. Weinstein ran a full-time aviation parts manufacturing company and had just successfully transported a green sea turtle to a facility in Dubuque, Iowa that summer. In November, when the cold-stranded sea turtles began washing, turtle rescuers put Weinstein in touch with Sampson and Merigo, who then ran the New England Aquarium’s Rescue Rehabilitation Program. And so, Turtles Fly Too was born.

Weinstein found the organization’s first pilot thanks to a group of volunteers called Pilots N Paws who carry pets. A full-time dentist in New York City, Ed Filangeri’s mission was to fly eight turtles from Massachusetts to Baltimore, Maryland. Filangeri was immediately hooked and the two joined forces. These days, Filangeri doesn’t hesitate to cancel his dental appointments because, he says, â€œturtles can’t waitâ€ and clients get it. The organization now has more than 350 pilots in its ranks and also provides emergency transport for other species, including sea otters, pelicans and seals.

The cost of the flights varies from $ 1,500 to $ 100,000 depending on the aircraft used, the number of drop-off points and the number of turtles on board. According to Weinstein, the average ticket price is around $ 1,000 per turtle. Public contributions to Turtles Fly Too help cover this, as do aerodromes that waive landing fees or offer fuel discounts. One Christmas Eve, when Filangeri had a mission in Virginia, he showed up with a Santa hat and he and the crew named each of the eight traveling turtles after a flying reindeer. â€œI found it funny that they were stealing with a man with a white beard on Christmas Eve,â€ laughs Filangeri. But, joking aside, â€œWe’re doing what’s necessary. We’re the turtle movers, â€Weinstein adds. “You can’t put a value on the life of a Kemp.”

The story of the rescue of a lucky sea turtle, among the first of an endangered species to wash up on the shores of Cape Cod Bay this year