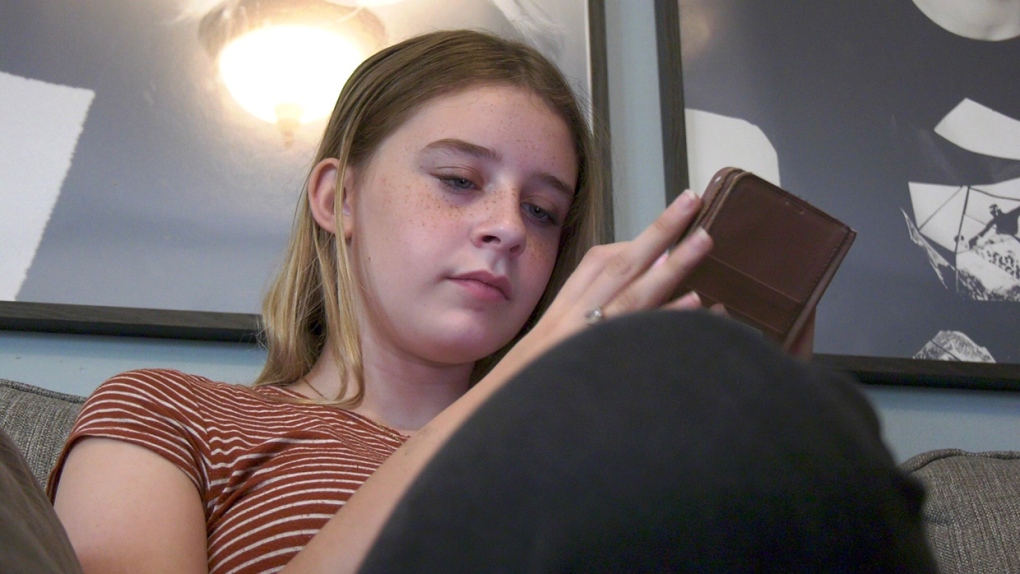 Grade 9 student Emily Armstrong creates digital animal portraits for their owners at $ 20 for each piece ordered.

She was looking for a way to do something meaningful in her community. The 13-year-old artist reflected with her mother, Marie, and after some deliberation, decided on a project showcasing Emily’s creative skills.

“I had worked for the Alberta Animal Rescue Crew Society (AARCS) in the past because we did it for a school project,” Emily said. “So that was a good place to start, and then my mom brought up the idea of ​​the commission and it all took off from there.”

Rather than using a sketchbook, Emily creates the portraits digitally on her phone through an app. It takes him less than 20 minutes for a portrait.

“Lots of digital art, why it takes so long is because you go through different layers and settings and all that stuff,” Emily said. “But I can do it without thinking because I do it so often, so it’s very easy.”

Marie says Emily used a few dogs from their friend as examples and the fundraising boomed overnight with commission requests. Many of them started coming through work colleagues of Emily’s parents, but more and more people are learning about them through social media.

“They’re family friends, friends of friends, and they’re usually someone at arm’s length,” Marie said. “Then once their friends see it, there’s just a ripple effect moving through their circles.”

Emily set out to raise $ 500 for the AARCS (www.AARCS.ca) and reached it in just two days. Now she’s looking to raise the bar to $ 1,000. The budding artist even puts his own touch on each portrait.

“Not many people notice it, but in all of my shading and line work and everything, there are little spots that reveal the layer underneath,” Emily said. “So it’s like a ton of different colors in one patch. I also add a watercolor background to all of mine and the way I do the eyes is different because I like not to add the color in a circle. full but just like a swish at the bottom. “

Emily manages the fundraiser on her own and provides clients with two digital images.

“What made me so proud was (Emily’s) organization,” said Marie. “Knowing that she was hanging on to the high-resolution files of each commission to email, that she had created an email address, that she had organized the subject line, the entrepreneurial side got me. actually been very impressive for 13 years old. “

AARCS Executive Director Deanna Thompson is happy that Emily has chosen to help the animals.

“It’s so heartwarming to see these young children raising money to help animals in our community,” said Thompson. “Especially in the present day, it really touches the heart and we are so grateful.”

Thompson says the company relies on donations from the public to help the 600 animals it cares for.

“Medical care is our number one expense here,” said Thompson. “We see everything from mange to disease to fractures, so you name it the majority of our funds go to providing the medical care these animals need to be healthy so they can be. adopted. “

Marie says her daughter still has a lot of responsibilities besides her fundraising efforts.

“She also has her schoolwork and personal art work that she also hopes to tackle,” Marie said. “She has babysitting jobs, she’s a busy girl so we’re going to let her run the ship and make sure it matches her personal goals as well.”

Last payment of the child tax credit delayed for some parents